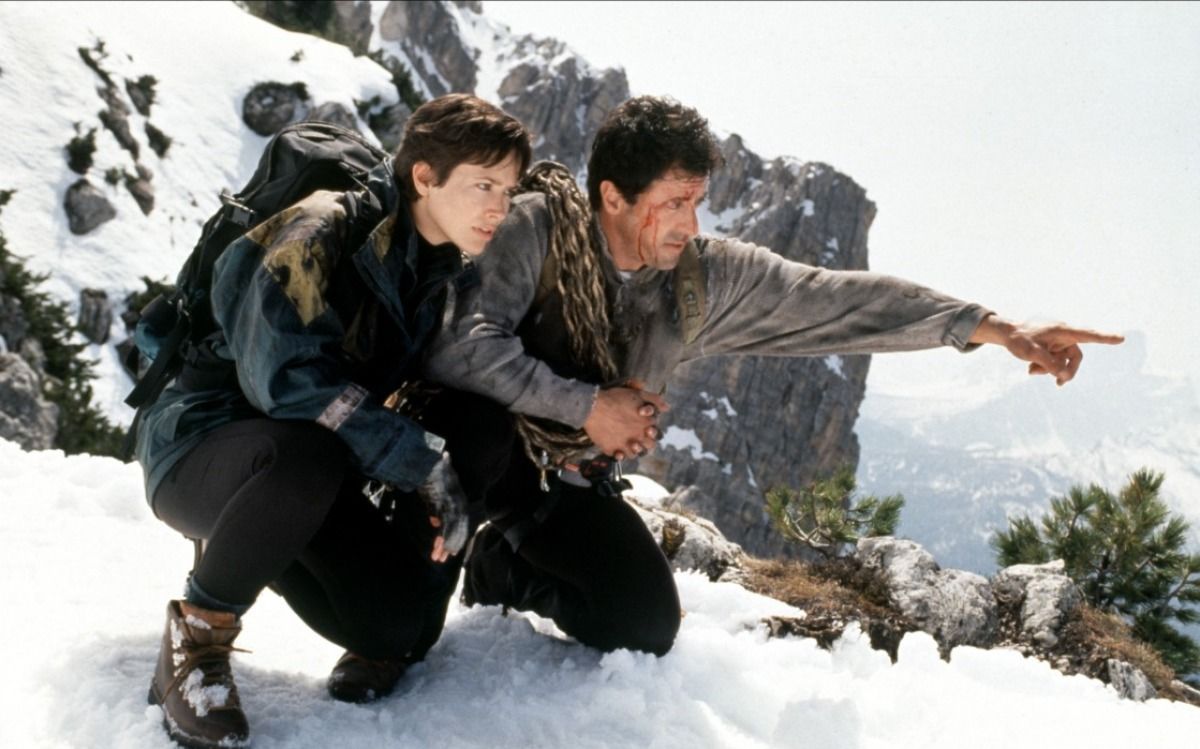 Directed by Renny Harlin (‘Die Hard 2’), ‘Cliffhanger’ is an action-survival film that tells the story of Gabriel “Gabe” Walker (Sylvester Stallone), a former mountaineer and rescuer, who ends up with his ex-friend Harold “Hal” Tucker (Michael Rooker) reluctantly helps a criminal group attempt to recover the $ 100 million they stole from a US Treasury plane.

Unfortunately for the criminals, Gabe and Hal both know the Colorado Rockies and can turn the snowy terrain to their advantage. The 1993 film is set in the Southern Rocky Mountains, in the US state of Colorado. If you’re wondering if the film was shot on location or elsewhere, we’ve got you covered.

Renny Harlin, cinematographer Alex Thomson and the rest of the cast and crew shot the film primarily in the Dolomites, near Cortina d’Ampezzo, Italy. The director reportedly decided not to shoot the film in Colorado because he found the Rocky Mountains too old and round and not accessible for dramatic shoot.

Some scenes of the film were shot in other locations in Italy, including Rome. The production crew shot several scenes on location in Colorado. Principal photography began on April 11, 1992 and ended on August 19, 1992. Let’s look at specific locations in detail.

Located in northeastern Italy, the Dolomites Mountains are part of the extensive Southern Limestone Alps. Various recognizable locations in the Dolomites are featured throughout the film. The scene in which Hal Sarah’s girlfriend (Michelle Joyner) dies was shot at the Vajolet Towers, the six peaks of the Dolomites located in the Val di Fassa or the Fassa Valley.

The scenes illustrating the whole escalation were shot on the Tofane group, made up of three peaks: the south Tofana di Rozes, the middle one Tofana di Mezzo (also the highest) and the north Tofana di Dentro.

The base jump scene was filmed on the Catinaccio / Rosengarten group, a massif located between South Tyrol and Trentino.

The helicopter shot at the end of the film was shot on the Marmolada, the highest mountain in the Dolomites which lies between the borders of Trentino and Veneto.

Located at the epicenter of the Dolomites, Cortina d’Ampezzo is a picturesque town. In the latter part of the film, the city briefly appears onscreen in a shot taken from the top of Funivia Faloria or the Faloria cable car. While in Cortina, the crew worked out of Rifugio Lagazuoi, a hotel on top of Mount Lagazuoi. In the film, the hotel appears as a lodge in Colorado. The Sentiero Ferrato Astaldi hiking trail also makes an appearance in the film.

The bridge scenes were shot on and around Monte Cristallo in the VF Ivano Dibona via ferrata in the province of Belluno, Veneto. It was destroyed in an explosion during filming. However, immediately after filming was completed, the bridge was rebuilt.

Some interior scenes were shot at Cinecittà (Cinecittà Studios), located Via Tuscolana, 1055. Projects like “The Talented Mr. Ripley” and “Once Upon a Time in America” were also shot in the Italian capital.

The memorable scene of the hijacking was filmed in the sky over the Rocky Mountains. Stuntman Simon Crane is said to have won $ 1 million for being transferred from one plane to another in mid-flight at 15,000 feet (4,600 m). This remarkable stunt also found its place in the Guinness Book of World Records as the costliest aerial stunt of all time.

Durango, a municipality in La Plata County in southwest Colorado, also served as the filming location for “Cliffhanger.” Some of the other projects shot in the region are “The Prestige” and “National Lampoon’s Vacation”.

Other locations in Colorado

In the credits, the filmmakers thanked the Ute tribe for granting them permission to shoot part of the film in the Ute Mountain reserve, which implies that a few scenes from “Cliffhanger” were also shot on location.