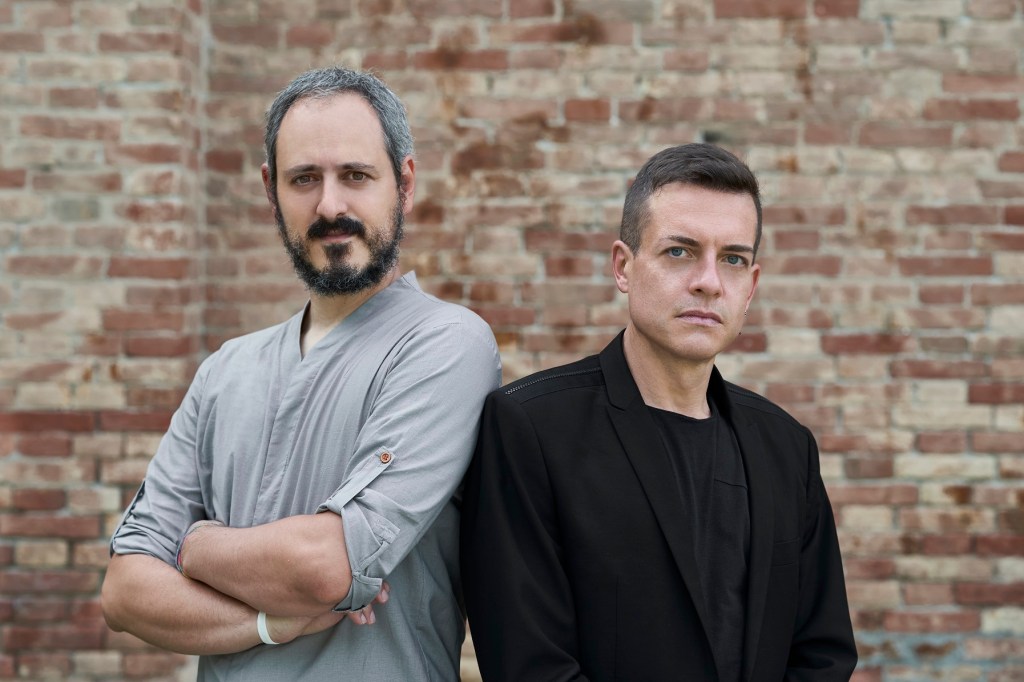 MILAN — Valentino continues to strengthen its relationship with the city of Venice.

After sponsoring the 49th International Theater Festival – Biennale Teatro and presenting its Fall 2021 couture collection in the city last year, the luxury house has been announced as the main sponsor of the Italian pavilion at the upcoming Biennale Arte, from 23 April to November 27. .

The brand’s involvement was revealed on February 14, when Italian culture minister Dario Franceschini; Roberto Cicutto, president of event organizer La Biennale di Venezia, and curator of the Italian pavilion Onofrio Cutaia held a press conference to unveil the project that will represent the country at the international art exhibition.

In particular, the artist Gian Maria Tosatti and the curator Eugenio Viola have been selected for the role and will present a work entitled “Storia della notte e destin delle comete”, which translates as “History of the night and destiny of the comets”, in English.

The project will be supported by public and private financial investments. Cutaia pointed out that this year the private support has been particularly strong, totaling 1.45 million euros from all the many donors, which is in addition to the 600,000 euros in public funding. Along with Valentino, the pavilion’s other main sponsor is luxury yacht manufacturer Sanlorenzo.

“It is an honor and a privilege to be able to organize this pavilion,” said Viola, explaining that “the evocative and complex title is linked to the uncertain and meta-pandemic present”.

The Biennale Arte event for this edition will be called “The Milk of Dreams” and will be organized by Cecilia Alemani. The first Italian woman to hold such a position, Alemani served as curator of the Italian Pavilion in 2017 and is director and chief curator of High Line Art, which commissions and produces art projects on and around New York’s High Line.

“The Milk of Dreams takes its title from a book by Leonora Carrington in which the surrealist artist describes a magical world where life is constantly reimagined through the prism of the imagination,” Alemani explained. “It’s a world where everyone can change, transform, become something or someone else,” added the curator, noting that the art exhibition will focus on “three thematic areas in particular: representation of bodies and their metamorphoses; the relationship between people and technologies; the connection between the bodies and the Earth.

Taking place in the central Giardini pavilion and at the Arsenale – where Valentino staged his Des Ateliers couture show last July – the Biennale Arte is set to feature 213 artists from 58 countries, 180 of whom are new to the event, for a total of 1,433 works and exhibits. Incidentally, the American pavilion will feature the work of Chicago-born artist Simone Leigh.

This will be the 59th edition of the city’s famous art exhibition, marking a return to the event after it was canceled in 2020 due to the pandemic. Other projects under the aegis of La Biennale di Venezia, including the international film festival and the architecture exhibition, have taken place regularly over the past two years.

This spring, Venice will host other initiatives highlighting international creativity. Among these, the second edition of Homo Faber, which will run from April 10 to May 1, will champion artisan talents by showcasing a variety of materials, techniques and skills through live demonstrations, immersive digital experiences and exhibitions of craft creations. The event is organized by the Geneva association Michelangelo Foundation created by the president of the Compagnie Financière Richemont Johann Rupert and Franco Cologni with the mission of preserving, encouraging and promoting artistic craftsmanship.

This year, Homo Faber will celebrate the bond between Europe and Japan through 15 exhibitions curated by renowned curators and designers – including architect Michele De Lucchi, museum director David Caméo, American director and visual artist Robert Wilson and fashion exhibition designer Judith Clark – to be staged in the spaces of the Fondazione Giorgio Cini on the island of San Giorgio Maggiore.

In particular, Clark’s exhibition titled “Details: Genealogies of Ornament” will showcase the craftsmanship of 14 luxury houses including Alaïa, Hermès, Cartier, Buccellati, Piaget, Jaeger-LeCoultre, Vacheron Constantin and Serapian, for n to name a few.

In addition to these shows, more than 60 local artisan workshops, workshops, museums and galleries scattered around Venice will be invited to open their doors to visitors during the event.

The Loyola community shares the food that warms their hearts