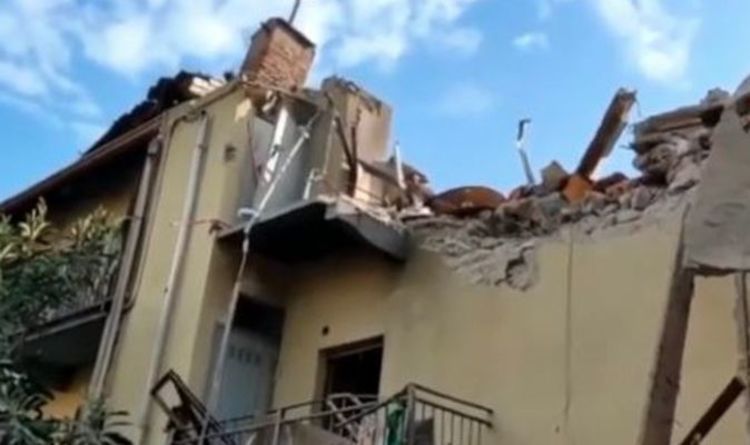 A four-year-old boy has been found dead after a two-story building collapsed on the northern outskirts of Turin. Firefighters pulled him out of the rubble, but the boy was pronounced dead by medics who tried to resuscitate him. The victim’s mother was among the injured and was taken to hospital in serious condition. The collapse took place around 8 a.m. UK time after the building was ruined by an explosion, according to reports from firefighters.

Four other people were taken out of the rubble alive and taken to hospital.

They included a 22-year-old man, who was incubated at the scene and suffered burns to 50 percent of his body, a 34-year-old woman who was conscious and suffered trauma and bruising of unknown severity, and a man who was trapped for more than two hours under the debris.

A rescue mission is underway with urban search and rescue teams and the search dog team present at the scene.

Firefighters suggested a gas leak could have led to the explosion, but this is still unconfirmed.

An Italian gas company, Italgas, however, said this was unlikely.

They said: “The property was not served by the city’s methane distribution network. The closest section of the city’s network is 150 meters from the site of the explosion.”

The company therefore ruled out that “any gas leak could come from the city’s gas distribution network”.