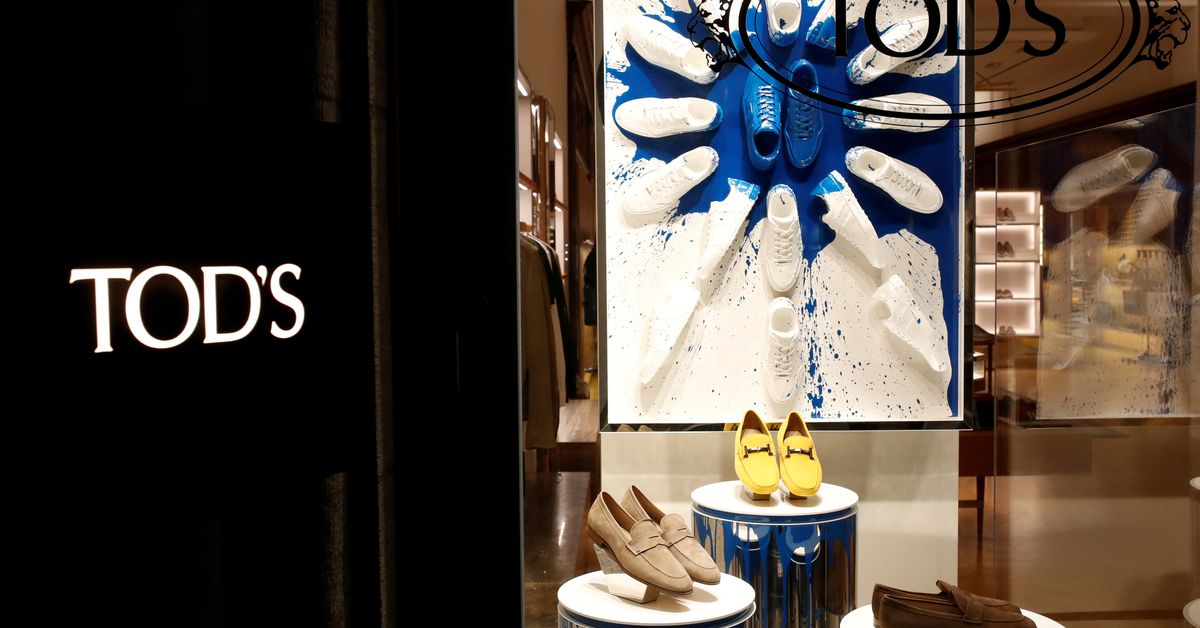 Shoes of Italian luxury shoemaker Tod’s are displayed in the window of the company’s store in Zurich, Switzerland, April 25, 2019. REUTERS/Arnd Wiegmann

The company said 30% of its stores in China are closed and online deliveries have stopped because its distribution center is in Shanghai, where heavy restrictions have been in place since mid-March.

Chief Financial Officer Emilio Macellari said a 40% drop in second-quarter sales in the country – a key market for luxury groups – was a possibility, but it would depend on how long the curbs lasted.

However, the group is confident that it will be able to meet analysts’ expectations for the year as a whole. He cited actions such as limiting or canceling advertising and marketing spending in affected areas and strong performance in Europe and the United States.

“Our expectations are in line with that consensus,” Macellari told analysts.

“All in all, the slowdown in China is of course visible but will not jeopardize the company’s performance over the year as a whole.”

The group’s sales rose 23% in the first quarter, extending a recovery that began last year and exceeding market expectations.

Revenue totaled €219.6 million ($231.68 million) during the period, driven by Europe and the Americas and slightly above 2019 levels, before the pandemic hit.

Analysts were expecting 212 million euros in turnover, according to a consensus quoted by the broker Equita.

Tod’s, famous for its Gommino loafers, launched a new strategy in late 2017 to redesign its brands and appeal to younger consumers, but the pandemic has hampered its efforts. Group sales rebounded nearly 40% last year, marking the first increase after five consecutive years of decline.