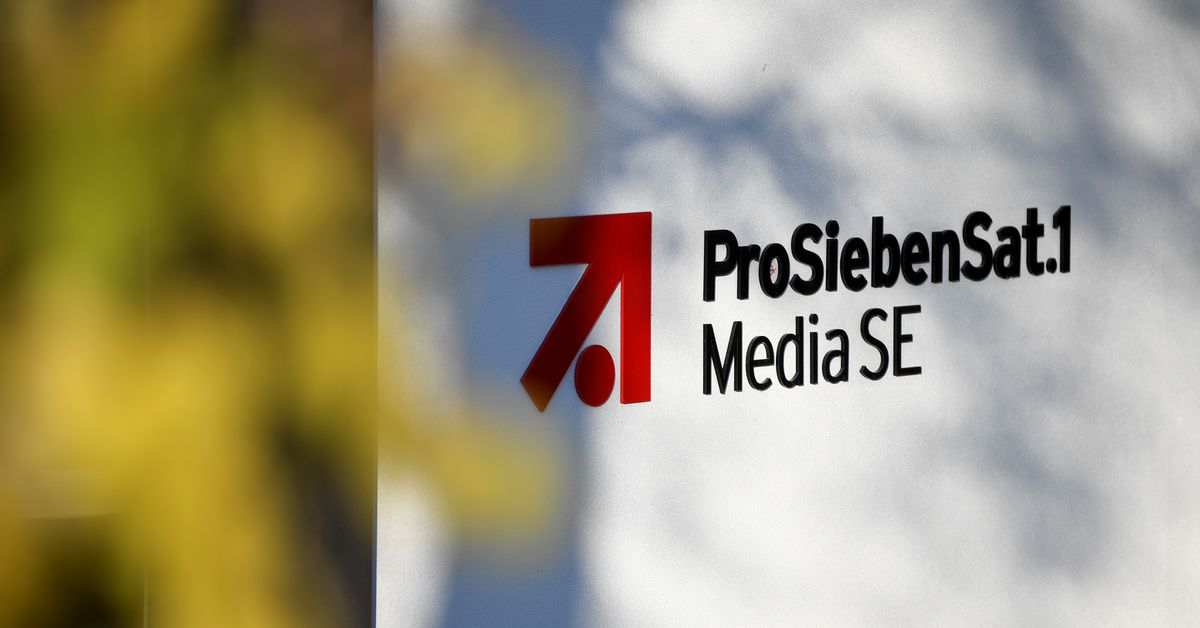 The logo of German media company ProSiebenSat.1 is seen outside the headquarters in Unterfoehring near Munich, Germany November 5, 2020. REUTERS/Andreas Gebert

BERLIN/MILAN, March 21 (Reuters) – Broadcaster MediaForEurope (MFE) (MFEA.MI), (MFEB.MI) does not intend to make a takeover bid for its German competitor ProSiebenSat.1 ( PSMGn.DE) at the moment, the CFO of the Italian company, Marco Giordani, told the daily Handelsblatt.

Controlled by the family of former Italian prime minister Silvio Berlusconi, MFE sees building a continental television champion as the answer to the challenges posed to traditional broadcasters by streaming giants and online advertising platforms.

Formerly known as Mediaset, it announced last week that it already has a voting stake of more than 25% in ProSiebenSat.1. after its first investment in 2019

Should it exceed a 30% stake, MFE would have to make a mandatory offer to the remaining shareholders of ProSieben in accordance with German law.

“Currently we don’t have such plans. What happens in a year, we will see then,” Giordani was quoted by Handelsblatt as saying on Monday.

MFE has repeatedly called for closer cooperation with the Munich-based group and asked it to engage in strategy discussions, focusing on its core television business.

The German TV group is pursuing a stand-alone strategy, while investing in technology businesses, such as e-commerce operations and online dating platform ParshipMeet, whose planned IPO has been frozen due to the environment current market and the war in Ukraine.

“It’s not easy for us to figure out how to create long-term value in a conglomerate of TV, e-commerce and dating portals,” Giordani said.

A source familiar with the matter told Reuters that Giordani will meet with ProSieben management on Thursday as part of a regular round with investors and seek clarification on the synergies and performance of the advertising business.

In December, ProSieben announced that it was extending CEO Rainer Beaujean’s contract until 2027 and that the supervisory board intended to propose Andreas Wiele, a former member of the Axel Springer management board, as the new chairman.

MFE was not informed in advance of such a plan and was not involved in the decision to propose former RTL boss Bert Habets and Rolf Nonnenmacher for the two seats which are to be reallocated during the annual general meeting in May.

Giordani said he hoped for a candidate who would be fully backed by the MFE, which has no representative on the supervisory board, suggesting a compromise is still possible. Otherwise, MFE could present competing candidates.

“In any case, these would not be representatives of MFE but independent executives with the right qualification,” the executive said.