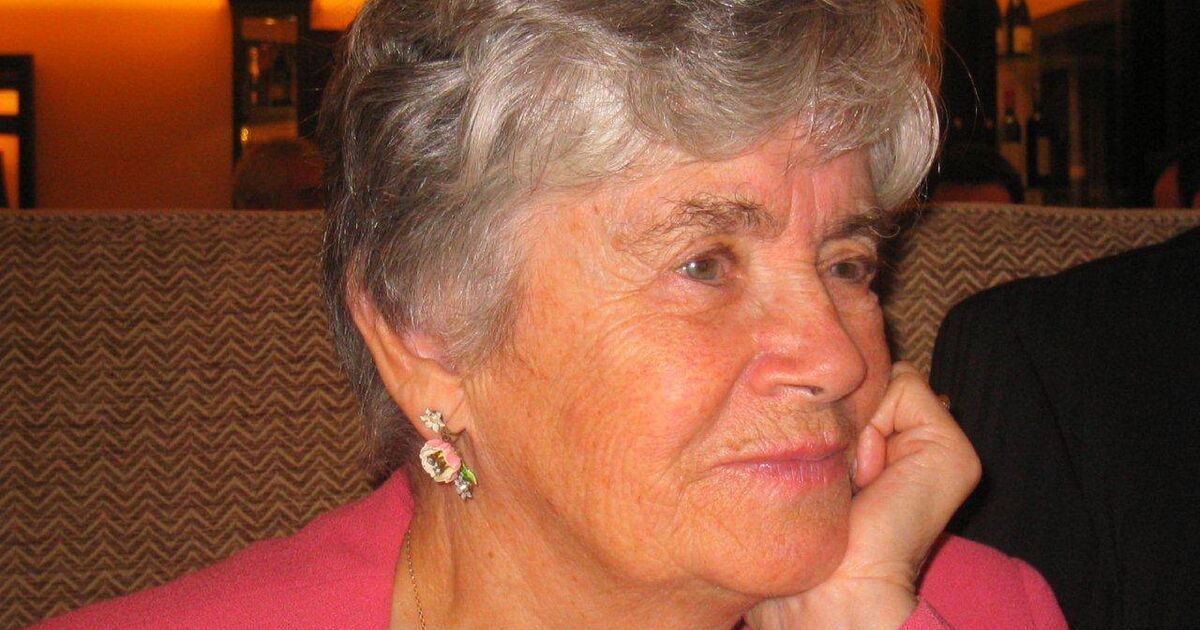 On more than one occasion, Dóirín Mhic Mhurchú has been turned away at the turnstile when she showed up to cover a football game for Raidió na Gaeltachta. When she managed to convince the officials that a woman was capable of covering the sport, a man’s palm rose to prevent her from entering the press box.

“It’s for the press, Madame,” they said.

“I am the press,” she replied.

It was the early 1970s and Dóirín Mhic Mhurchú was the station’s first and only sports reporter. Indeed, she was probably the first female sports journalist in the country. Her kids are open to correction about it, but it’s fair to say that this 5-foot-1/2-inch woman — “I’m very proud of that half-inch,” she used to say — brushed off the limits as a sports journalist who traveled to games, from afar, on his Honda 50.

She never missed a game, whatever the weather. When she got home dripping and freezing, her husband Éamonn had a crackling fire and still said it was a scare they were sending players in this kind of weather.

By then she would have already stopped en route to phone in her report.

She balanced her wire-bound notebook on a payphone and pressed the A button – older readers will understand – as she raised her voice above the din of a local pub or hotel.

Every journalist has done it and remembering those low-tech days, as Raidió na Gaeltachta turns 50, is an important part of social history.

It’s also important to remember a time not too long ago when a woman showing up to report on a GAA match was a rare event.

Indeed, the beginnings were so tricky that Dóirín Mhic Mhurchú made himself a press card, using Pritt Stick, a piece of cardboard, and the Raidió na Gaeltachta triskele logo. She never had a problem again, and by the time her official National Union of Journalists (NUJ) card arrived, the almost all-male audience of Sport an Domhnaigh not only had become accustomed to her voice, but considered her an authority.

She had been involved with the Rinn GAA club in Co Waterford since the 1970s, holding various positions ranging from Registrar, PRO, Irish Language Officer to Vice President. She also played and in 1974 lined up as an all-around striker, playing alongside her daughter Áine, to win the Camogie Junior County Final. She was already a grandmother.

She didn’t just cover GAA. She has reported on everything from point to point to pitch and putt for RTÉ radio and television, and she has also written in English for the Irish press, Irish Independent, Irish weatherand Ireland belongsamong others.

His mother had a new problem, however, as she had to seek a quiet corner of the house or banish her “unruly brood” of five children from the kitchen so she could write her report.

“But she never missed her deadlines,” adds her daughter.

In 1978, life became even easier when she got her first car, a Mini.

While Dóirín Mhic Mhurchú never made much of what she did – “she was just earning a crust”, says her daughter – she is rightly remembered as a woman who crossed a barrier in sports journalism.

She also overcame another barrier: the language barrier. She and her husband were not allowed to open a bank account in Dungarvan, Co Waterford, in the late 1960s because they refused to provide the English version of their names. They took their business to another bank, which accepted their Irish names.

Dóirín Mhic Mhurchú’s love and command of the Irish language is all the more striking as she was born in Liverpool.

She heard her father Denis Harding, a doctor, speak the language as a child and later took lessons while working for the Dublin Corporation in Dublin in the early 1950s. Her future husband, Éamonn Mac Murchú, was her teacher.

I thought about that when I filled in the census form at the weekend and hesitated over the question asking if I spoke Irish or not. After 14 years of schooling Irish, I had to say yes, but I also had to tick off the section admitting that I didn’t speak it well. I don’t think you have to wait for the census results to know that I’m not alone.

Dóirín Mhic Mhurchú clearly had a gift for languages. She spoke five fluently – Irish, English, Spanish, French, Italian – and had some knowledge of Arabic, Polish, Swedish and German.

But, as his son Irial Mac Murchú, CEO of Nemeton TV asks, why are we willing to spend so much time learning a language in school, but still can’t speak it?

This is an excellent question and one that deserves more attention now that the Leaving Cert reform is in the air.

Put it another way. What if we left school after spending 14 years learning math, but weren’t able to add?

There would be a national outcry and several investigations. Why, then, do we allow so much school time to effectively disappear into a black hole?

You can’t blame everything on poor Peig Sayers, though you might blame a school system that dulled the words of a gifted storyteller. He also edited them, removing much of the color and gossip.

It’s easy to instill a love of languages, as Dóirín and Éamonn proved when they spoke Irish to their children after moving to the Australian outback from Queensland in 1960. They spent three years there before returning to Ireland and eventually settling in Rinn.

They both became deeply immersed in the local community, Éamonn as the manager of the local cooperative shop An Stór and Dóirín as a local journalist, camogie enthusiast, church organ player and member of a myriad organizations from Comhaltas Ceoltóirí Éireann and the Irish Peasant Women’s Association to the Gaeltacht Civil Rights Association.

She was a writer, author ( Bealach na Bo Finne on the Gaelic pilgrimage to Santiago de Compostela was published in 1994), craftsman, musician, composer, dancer and singer, teacher and inveterate traveller.

The Monday before her death, aged 84 in 2014, she sat in hospital and produced a magazine advertising trips to Turkey: ‘Look,’ she told her daughter, ‘we could go to Turkey for 129 €! »

His contribution to the Irish language was recognized during his lifetime when then President Mary McAleese presented him with an Oireachtas na Gaeilge award in 2008. But that doesn’t seem to be enough.

At the very least, there should be a journalism award in his name, or better yet, we could take inspiration from his book when teaching (and learning) languages ​​at school.