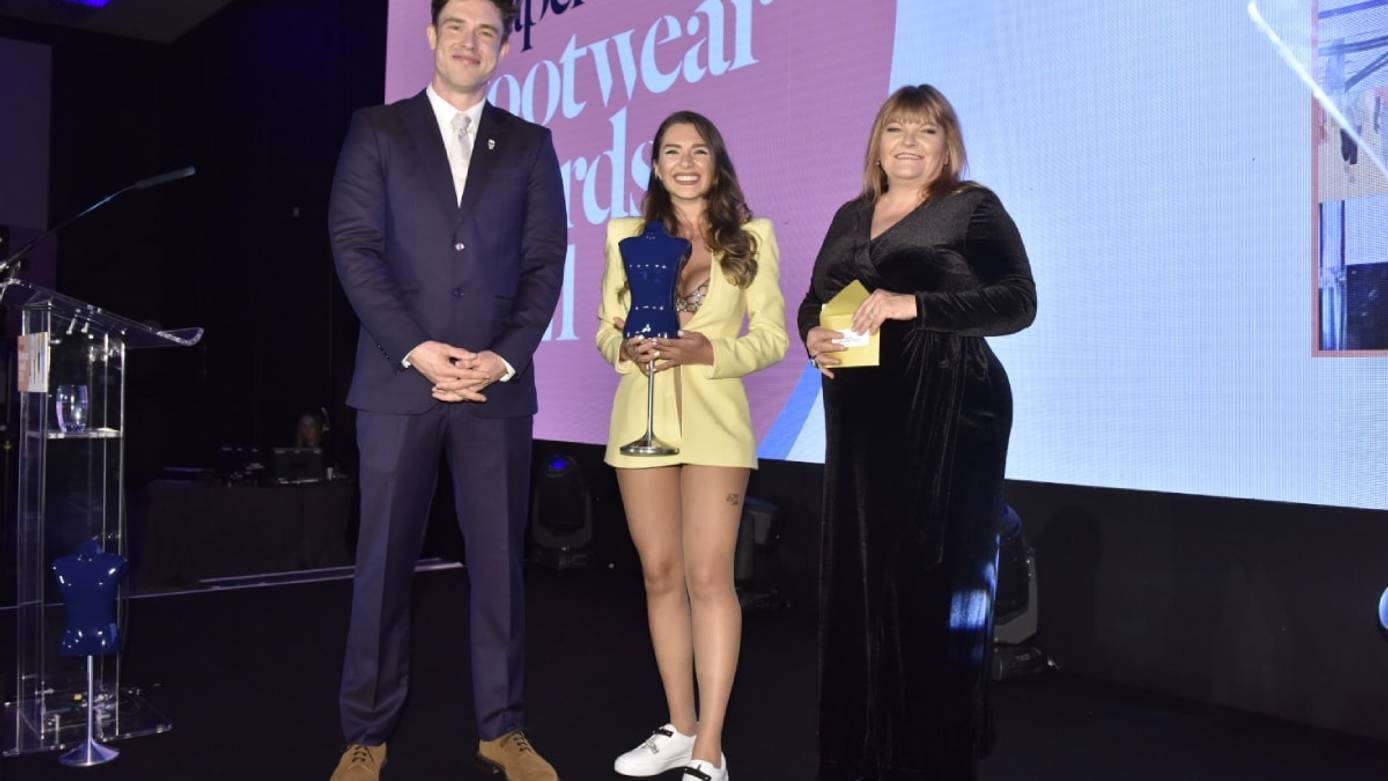 At the Drapers Footwear Awards 2021

London- Daniel Essa SARL, the French luxury footwear brand, today announced that its Creative Director and Fashion Designer has been named Shoe Designer of the Year by the Drapers Footwear Awards 2021. Daniel Essa was congratulated by the jury experts for its fresh and trendy approach to business styles, using design and details that add sophistication to the look and appeal of each style.

The awards ceremony took place on September 23 at the Hilton London Bankside, where the elite of the footwear industry gathered in a sparkling gala ceremony in recognition and celebration of the industry’s achievements.

“I am proud to have won this title and I am truly honored by the comments of the prestigious Drapers jury. This award reinforces my commitment to the brand and what it represents, ”said Daniel Essa, fashion designer and creative director of Daniel Essa SARL. “I am grateful to everyone who made this possible and supported me on this journey, from partners, suppliers, customers to friends, family and, of course, my team.”

Marketing and Communications Manager at Daniel Essa, Lina Outri, who accepted the award on behalf of the designer, added: “I am delighted to see Daniel’s exceptional talent and vision recognized with such a prestigious award. Winning the Drapers Shoe Designer of the Year award is a testament to his boundless creativity and strong brand.

The Drapers Footwear Awards are the most respected and prestigious in the footwear retail industry and are a valuable addition to the brand’s recent trophies.

At the start of the year, Daniel Essa was recognized by the Hauts-de-France Regional Chamber of Commerce and Industry as Favorite Brand of the Year. In addition, the Essa brand received the Visionary Brand Award in 2020 and the Most Promising Brand in 2019 by Maisons de Mode.

Daniel Essa SARL, is an award-winning French luxury footwear brand founded by Syrian designer and creative director Daniel Essa, in Paris in 2017. Handcrafted in the world’s most prestigious workshops in Italy, the brand challenges craftsmanship traditional shoe with a minimalist but complex approach. to create an effortless French style integrated with refined Italian craftsmanship. The DANIEL ESSA brand aims to create an ethical, goal-oriented business model, combining profitable growth with a positive contribution to the planet, society and the community.

Learn more about DANIEL ESSA on the brand’s page: fashionunited.com/compagnies/daniel-essa

DiTondo’s, an Italian favorite, reopens with a new name and a new menu