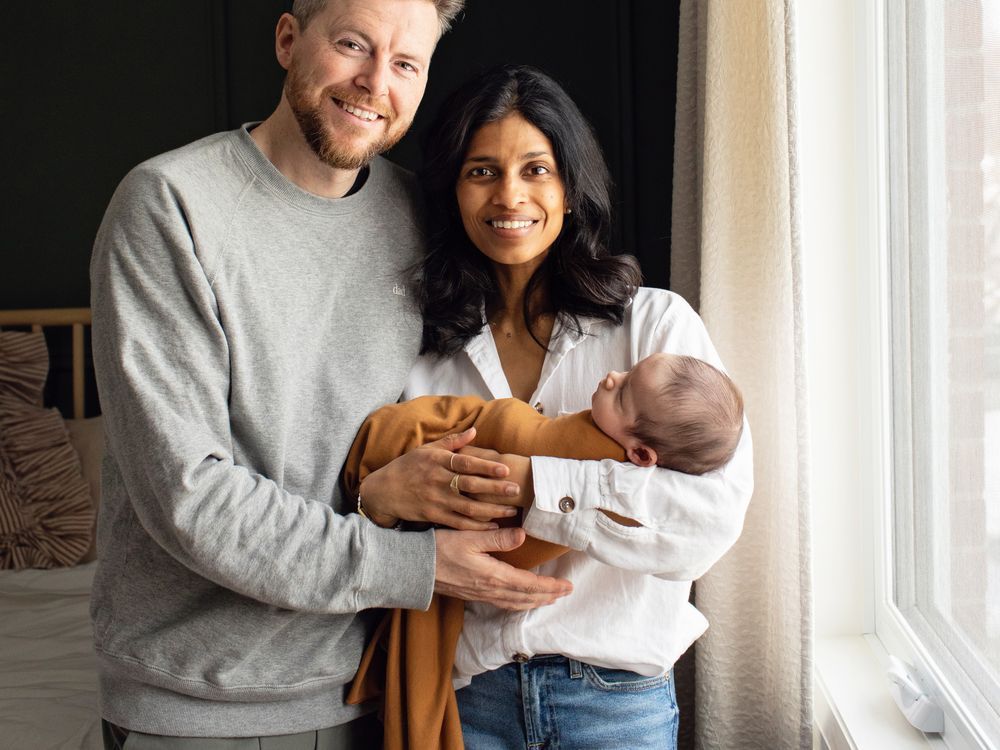 At just four months old, little Celle Melfi is already making a name for herself.

In fact, it was the name his parents, Josh Melfi and Marshneill Abraham, originally from Brantford, chose for him that would soon make the child an honorary citizen of Celle di San Vito, a town in the province of Foggia in the Puglia region of southern Italy.

With a population of less than 200 inhabitants, Celle di San Vito is by far the smallest municipality in Puglia.

Melfi’s grandfather, Leonardo Melfi, was born in Celle di San Vito in 1933. His grandmother, Lucia Patierno, was from the nearby town of Castellucio Valmaggoire,

“We went there in 2014 for a wedding,” Abraham explained. “Josh wanted to see where his grandparents were born. We kept hearing the name Celle (pronounced Chell-e in Italian). Maybe it was the good weather and the red wine, but I told Josh that if we ever had a baby, we should name her Celle.

Melfi, a project manager for an advertising agency, and Abraham, who works in public relations, got married in 2018. On December 21, 2021, their son was born and the couple went through with their plan, naming him Celle Ren Melfi.

“We wanted to do something to honor my grandparents, but something a little less conventional than naming him after his grandfather,” Melfi said.

That, they thought, was it.

But when news of this small act of tribute to Canada reached Palma Maria Giannini, mayor of Celle di San Vito, she was overjoyed.

“News as unexpected as it is curious and welcome,” she said in a post titled FoggiaToday. “Next December, on the occasion of her first birthday, we will award honorary citizenship to little Celle, an event that fills me with joy and pride.”

Melfi, Abraham and a dozen members of their family will travel to Celle di San Vito in August for a ceremony.

They call it a “Celle-a-bration”.

“With everything going on in the world, it’s a great feel-good story,” Abraham said. “We find this whole series of events so special because Celle di San Vito is where the story of the Melfi family begins and in a way that origin story now continues through birth. and the appointment of our son.”

Brantford has a strong connection with Celle di San Vito. Many of its inhabitants, including Melfi’s grandparents, emigrated to the area in the 1950s.

According to Wikipedia, unlike residents of many neighboring towns, residents of Celle di San Vito speak a rare dialect of the Franco-Provençal language, which has fewer than 1,400 known speakers. This dialect is still represented in Brantford, but it is disappearing. By 2012, the number of daily speakers had fallen to less than 50 spread over three generations.

Melfi and Abraham, who live in Hamilton, said they were “shocked and delighted” by the attention their baby has received. But they joke that they are now under pressure to name future children after other distant places.

“Maybe the Amalfi Coast, Barcelona or even Paris,” Abraham said.