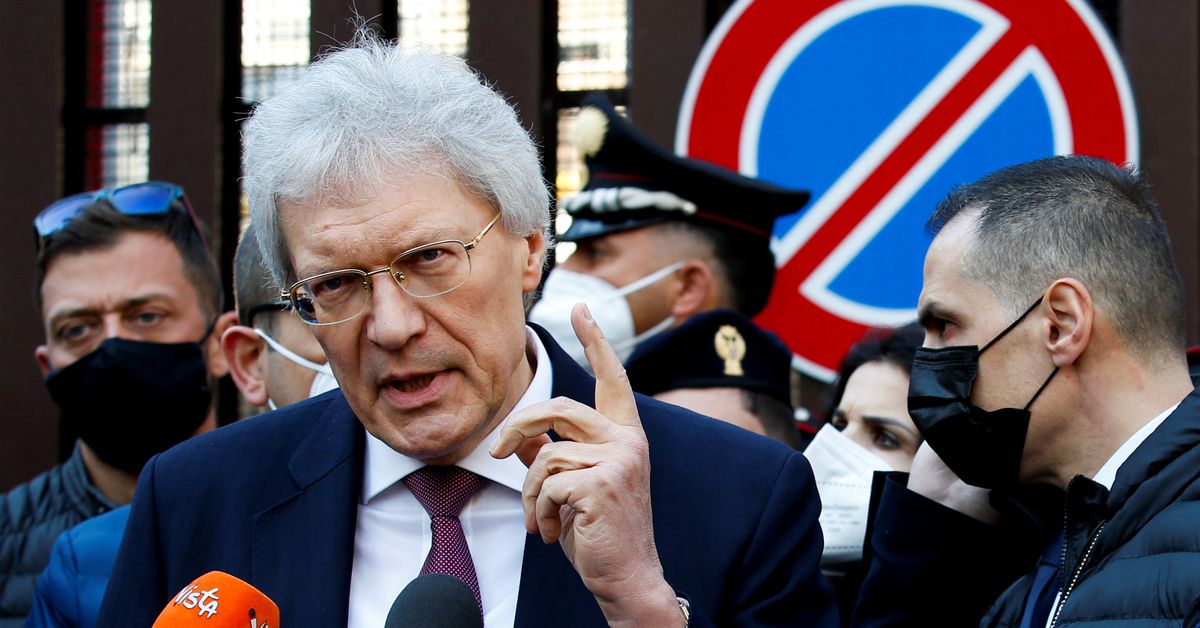 “Needless to say, this goes against the rules of journalism and morality,” Razov told reporters outside the Rome prosecutor’s office after filing the complaint.

On March 22, La Stampa published an analysis entitled “If killing the tyrant is the only option”. The article said that if all other options failed to stop the Russian invasion of Ukraine, the only solution might be for someone to kill the president.

Speaking through a translator, Razov said his lawsuit accused the newspaper of soliciting and condoning a crime.

“We don’t take lessons from an illiberal regime that slaughters humanity and truth,” he said in a video posted on the newspaper’s website.

Putin called Russia’s invasion of Ukraine a “special military operation” to disarm Ukraine and protect it from “Nazis”. The West calls this a false pretext for an unprovoked war of aggression.

Razov also criticized Italy’s decision on Friday to send arms to Ukraine to help it fight the Russians. L8N2V42YQ

“What worries us is that Italian weapons will be used to kill Russian citizens,” Razov said. “There are thousands and thousands of guns and it’s unclear how and when they will be used.”

Italy had close ties with the Soviet Union during the Cold War, and those ties improved during Putin’s long reign.

Prime Minister Mario Draghi has restored the balance since taking office in 2021, promoting a vigorous and pro-NATO line.

“I think crises come and go and this one too will go away. But the national interest always remains. I believe that the main interest of the Russian and Italian people is to maintain normal relations,” Razov said.