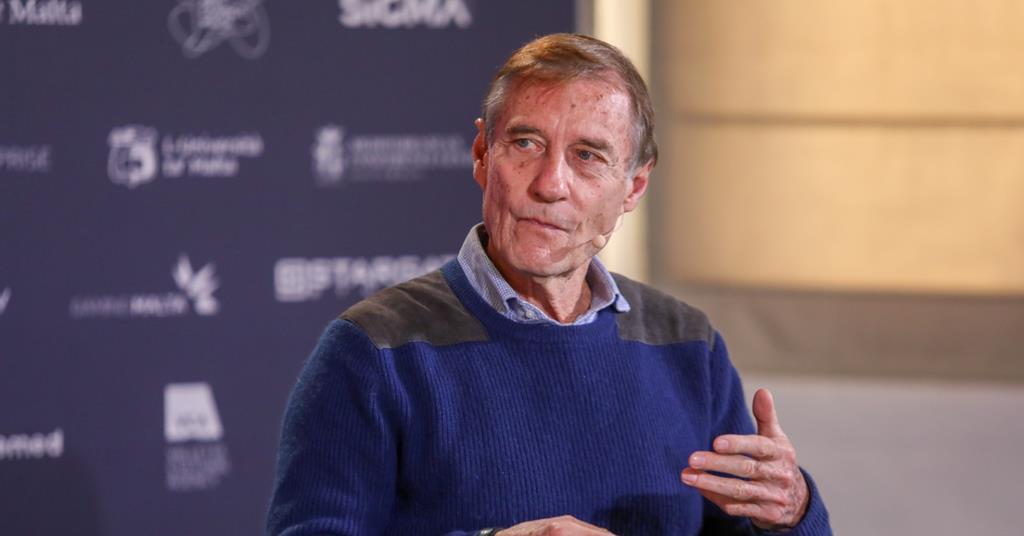 Veteran British director Roland Joffé has given more details about the new international film school he plans to establish in Malta.

Joffé is currently in “in-depth discussions” with the Maltese government and hopes to be able to officially announce the film school, which will be called The Malta Film Academy, “within a few months”.

“I want to create a film school which will provide a powerful education in cinema but also give people the opportunity to study international relations,” Joffé said, speaking to the inaugural Malta Film Week.

“I would like to raise a new generation of filmmakers who understand that for filmmakers today, you live in a global environment and you have to live with different cultures without destroying those cultures and learning to work with them.”

The film school is part of a series of initiatives underway in Malta as the country seeks to bolster its status as a film hub. Construction is about to begin on a new €35 million government-backed complex located close to Malta Film’s water reservoirs. The 4,000 square meter complex, which will be part of Malta Film Studios, will house a new sound stage, production offices and workshops.

Malta’s Film Commissioner, Johann Grech, also promised this week to further strengthen the 40% tax reduction currently offered to international productions. It is understood that the next Impossible mission the film is currently being scouted in Malta. Despite the pandemic, several high-profile international productions have filmed on the island over the past two years, including Amblin Partners and Universal Pictures’ the Last voyage of DemeterUniversal Jurassic World: Dominion and the Sky/Bavaria Fiction drama series Das Bootwho shot three seasons on the island.

The school proposed by Joffé already benefits from the support of the University of Malta. It will be open to UK and international students, as well as local students, and will offer accredited degrees. “I will contribute where I can, but we will have fully qualified academic and professional staff,” said the filmmaker, two-time Best Director Oscar nominee for The Killing Fields and The mission.

Joffe and his collaborators also want to set up a summer course where students come “from all over the world and create three silent films”.

“If the government plays its cards in the right way, which it seems to want, I think Malta could become a major hub for European cinema,” Joffé predicted. “If they conceive [new] studios geared towards new technology, they could make Malta a Mediterranean center of the arts, not only for cinema but for everything related to cinema. There is an immense amount of talent in terms of decor and construction.

Masterclass and next project

On the cinema side, Joffé is currently in the cast of his planned next feature film, The master, starring Julian Sands and sold internationally by The Exchange. Finances permitting, the aim is to shoot later this year in Malta, with additional filming in Poland or Germany.

Joffé co-wrote the screenplay with Gilles Thomas, which tells the story of an Italian conductor who joins forces with Israel’s Mossad to track down a missing Nazi after discovering that a famous German conductor has died. .

“The project was presented to me in a first draft of the script, on which I had to do a lot of changes, but for me, what was interesting is that it is a story of resistance, it is not is not a victim story,” Joffé said, speaking to Screen after giving a masterclass on filmmaking at Fort Angelo in Malta. “I loved what he had to say about music and that music itself is an act of resistance.”

During the masterclass, Joffé reflected on the intense pressure he had been under from Warner Bros. co-presidents Robert Daly and Terry Semel to change the ending of The missionwhich won the Palme d’Or in 1986 and went on to receive seven Academy Award nominations (for Best Cinematography) and 11 Bafta nominations (for Music, Editing and Supporting Actor).

“Bob Daly said, ‘I love the movie. It’s really great. I think it’s going to win an Oscar but you have a big problem: don’t kill the hero,'” Joffé recalled. winning – it’s all about the payoff. Kill the hero, the movie could make $25 million. Save De Niro and it’ll be $100 million.

The director, fully backed by producer David Puttnam, refused. “But coming out of there, I remember thinking that I wasn’t going to make it in Hollywood… [But] in my terms, I felt free.