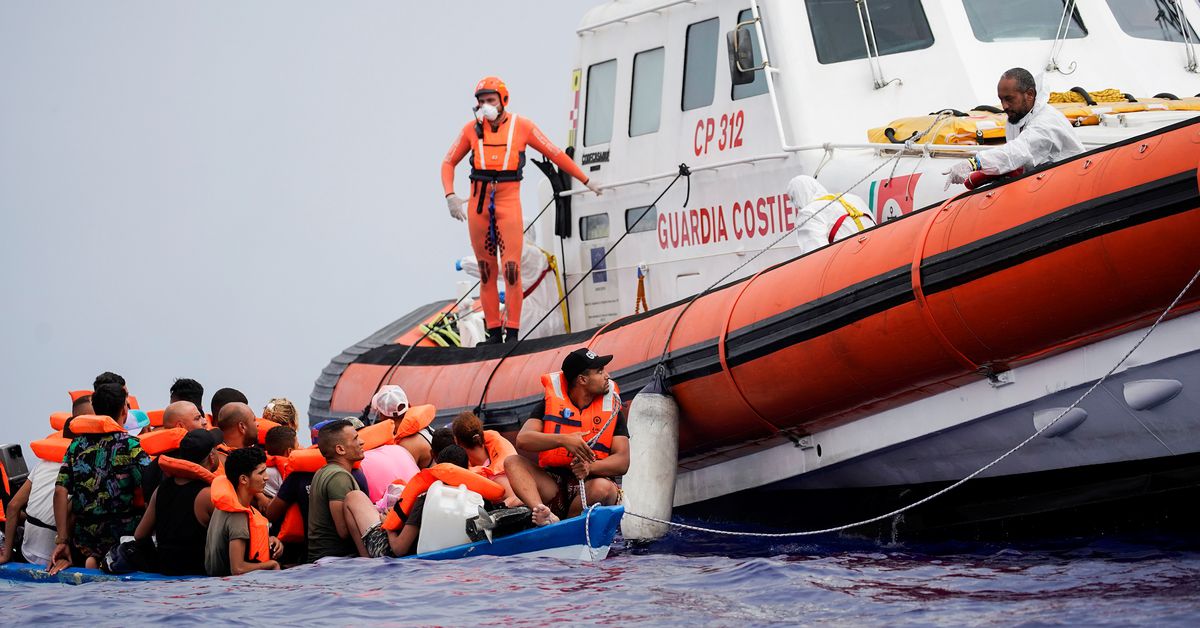 ON BOARD ASTRAL, OFF LAMPEDUSA, September 1 (Reuters) – A wooden dinghy carrying 19 African migrants is so heavily laden that it almost takes water on its sides in the open sea off the Italian island of Lampedusa. The two babies on board are crying.

The dinghy, stuck in the Mediterranean with its apparently broken outboard motor, is just one of the boats helped by volunteers from the Spanish charity Proactiva Open Arms in recent days amid an increase in arrivals at Lampedusa .

Migrant boat departures from Libya and Tunisia to Italy and other parts of Europe have increased in recent months due to warmer weather. Around 11,000 migrants landed on Italy’s coasts from early 2021 to May 7, compared to 4,105 at the same period last year, according to data from the Interior Ministry.

“The road from Tunisia to Lampedusa has seen a huge increase (in crossings) … over the past year. A few days ago we had six rescues in one day, and on the same day over 800 people have arrived in Lampedusa, “said David Llado, Open Arms coordinator on the motorized sailboat Astral.

The Astral is too small to pick up the migrants itself, but remains to provide support after dark until they are picked up by the Italian coast guard. He keeps the dinghy in his spotlight after his team, on a speedboat launched from the Astral, gave the migrants life jackets and water.

According to the UN-affiliated International Organization for Migration, more than 1,100 people fleeing conflict and poverty in Africa and the Middle East have perished this year in the Mediterranean.