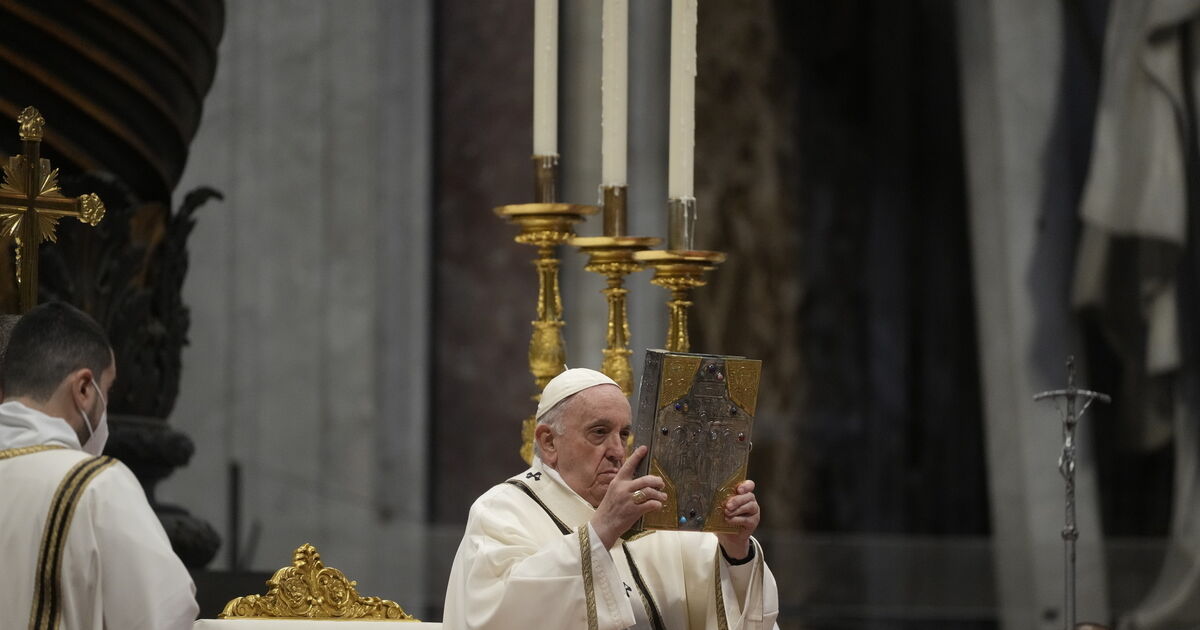 Pope Francis visited a prison near Rome to wash the feet of a dozen inmates, a Maundy Thursday ritual that symbolizes humility and underscores his papacy’s care for those on the margins of society .

He arrived in a motorcade including Italian police cars, which entered through a prison gate in Civitavecchia, a port city 80 km northwest of Rome.

The ritual was closed to the public for security reasons and to protect the privacy of inmates.

Hours earlier, during a Maundy Thursday Mass in St. Peter’s Basilica, Francis advised the 1,800 priests present not to focus on worldly concerns such as power or status, but urged them to “to serve, with a clear conscience, the holy and faithful people of God”.

Francis made no reference to decades of scandals involving Catholic priests who sexually abused children and were often moved from parish to parish by bishops who tried to avoid embarrassment rather than protect minors .

This year’s Holy Week celebrations come as the pope struggles with mobility issues.

Francis suffers from a knee ligament problem and has suffered for years from sciatica, a nerve inflammation affecting the legs and back.

During Maundy Thursday Mass, large urns of oil are blessed for use in ceremonies in churches around Rome.

When Francis went to bless the oil by breathing it in, an assistant helped him get up from his chair and walk towards the silver urn.

At the end of the ceremony, Francis descended the altar steps clinging to the arm of an aide, and even as he was being assisted he limped out of the basilica.

The Vatican did not say what arrangements had been made to allow the pope to perform the foot-washing ceremony.

Holy Week, which draws hundreds of thousands of worshipers to the Vatican, began with Palm Sunday Mass on April 10 in St. Peter’s Square and culminates with Easter Sunday, when worshipers celebrate the resurrection of Jesus.

A quantity of oil is brought to the altar during a Chrism Mass inside St. Peter’s Basilica, Vatican (Gregorio Borgia/AP)

This year, Rome’s Good Friday torchlight Way of the Cross procession returns to its traditional venue of the ancient Colosseum after a two-year absence due to the coronavirus pandemic.

The Vatican has invited a Russian woman and a Ukrainian woman, who work together in a hospital in Rome, to carry a cross together during the procession.

This angered some Ukrainians, including Ukraine’s ambassador to the Holy See and the Archbishop of Kyiv.

Their objections center on whether such a move, implying reconciliation, is appropriate, given Russia’s invasion of its neighbor Ukraine and its ongoing war against the country’s people.

The Vatican still continues the line of procession participants, who take turns carrying a light cross during the procession, which is presided over by the pontiff and recalls Jesus’ death by crucifixion.

Family fun in NH, non-stop flights from PVD and a Dante-inspired hotel in Italy