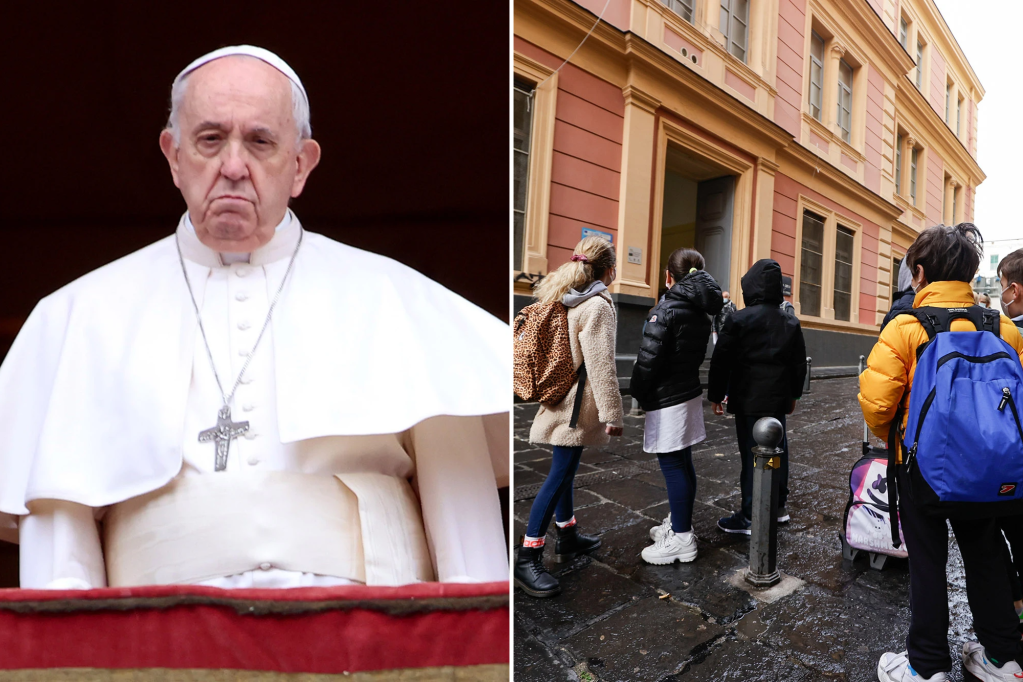 During his weekly address outside St. Peter’s Basilica, the pope expressed concern about the growing number of Italian couples choosing not to create large families.

“The demographic winter is a real worry, at least here in Italy,” the pope said.

“It seems that a lot of people have lost the desire to have children. Many couples prefer to remain childless or have only one child,” he added. “This is a tragedy… that goes against our families, our country and our future.”

In 2020, Italy registered 404,892 births, 15,192 fewer than in 2019, according to the national statistics office. This marked Italy’s lowest level since the country was established in 1861, and the 12th consecutive year the birth rate has fallen.

It is not the first time that Pope Francis has called on Italian adults to have more children.

“There is an urgent need to offer young people the guarantees of a sufficiently stable job, the security of having a home and incentives not to leave the country,” Francis said in May, as he called for policies family-friendly government.

Grace Mirabella, influential editor-in-chief of Vogue who started her own magazine, dies at 92

Torino and Fiorentina plan to take a step for timeshare striker Andrea Pinamonti in June, according to Italian media