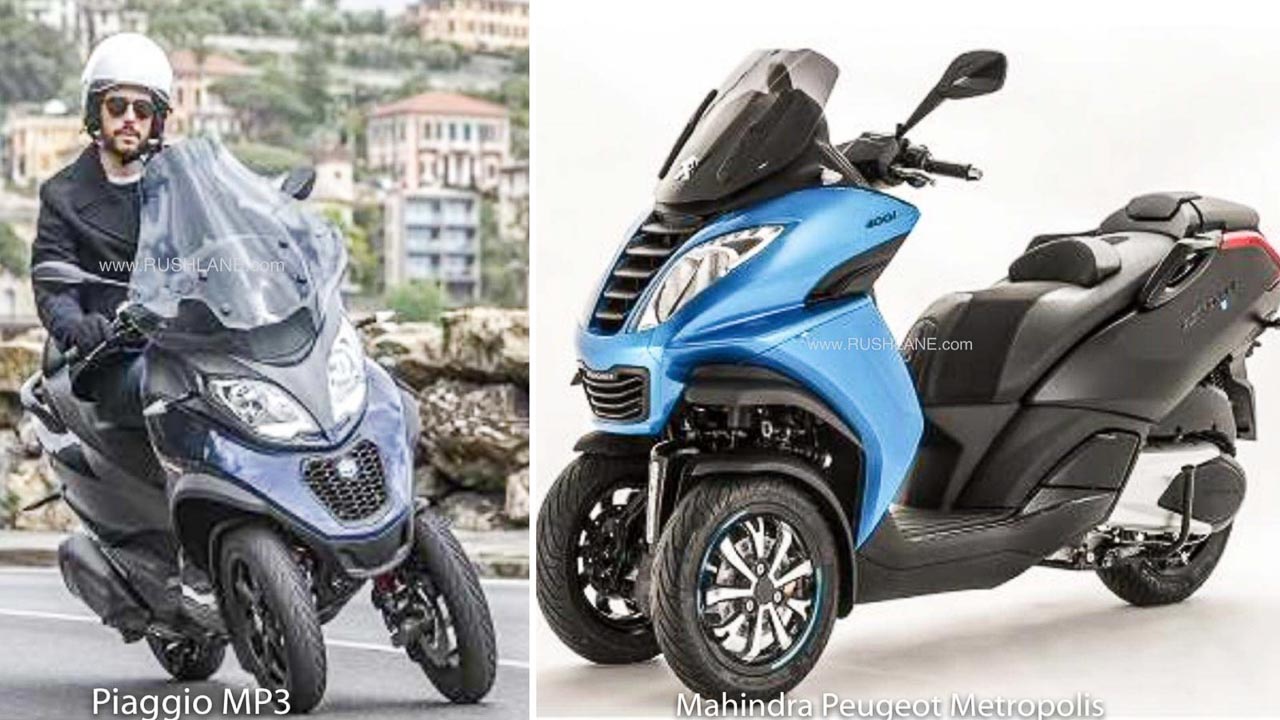 In addition to receiving a ban on selling Metropolis on French and Italian territories, Peugeot Motorcycles also incurred heavy fines in both markets.

In what constitutes a significant setback for Peugeot Motorcycles, owned by Mahindra, the courts of Paris and Milan have ruled against the sale of the popular three-wheeled maxi-scooter Peugeot Metropolis in France and Italy due to a counterfeit of patent. On top of that, both courts imposed heavy fines.

The legal battle between the Italian group Piaggio and Peugeot Motorcycles revolves around the control system that allows a three-wheeler to tilt like an ordinary two-wheeler. The patent for the aforementioned technology belongs to the Piaggio group which implements the system on its Piaggio MP3 scooter.

The Paris Judicial Court and the Milan Tribunale ruled that the control system used by Peugeot Metropolis infringed the Piaggio Group’s patent. As a result, the French court prohibited Peugeot Motorcycles from producing, promoting, marketing, importing, exporting, using and / or owning in France any three-wheeled scooter using Piaggio’s patented technology. The court also imposed a fine of 1.5 million euros (Rs 12.95 crore) in addition to other penalties.

The Milan court also ruled in the same direction, prohibiting the Indian manufacturer of French two-wheelers from importing, exporting, marketing and advertising the Peugeot Metropolis scooter on Italian territory. In addition, the court ordered a fine of 6,000 euros (approximately 5.18 lakh INR) for each Metropolis sold 30 days after the announcement of the conviction. Failure to remove the disputed vehicles from sale within 90 days will result in an additional penalty of 10,000 euros (approximately 8.64 lakh INR) for each day of non-compliance.

Since three-wheeled maxi-scooters are very popular in France and Italy, the Metropolis ban is a blow to Peugeot Motorcycles which has the right to appeal both decisions. However, the company has yet to release its legal strategy. If the brand chooses not to continue the legal battle or loses its appeal, we believe a reengineering process will be on the cards.

From now on, the Peugeot Metropolis scooter continues to be listed on the company’s official Italian website. Priced at less than 10,000 euros (around INR 8.64 lakh), the top-of-the-line three-wheeler uses a liquid-cooled 400cc engine with an automatic transmission. The power and torque figures are 35.6 hp and 38.1 Nm respectively.

We expect the Piaggio Group to initiate legal proceedings in all markets where the Peugeot Metropolis is sold. Note that if Peugeot Motorcycles evaluated a possible Indian entry a few years ago, nothing has materialized.