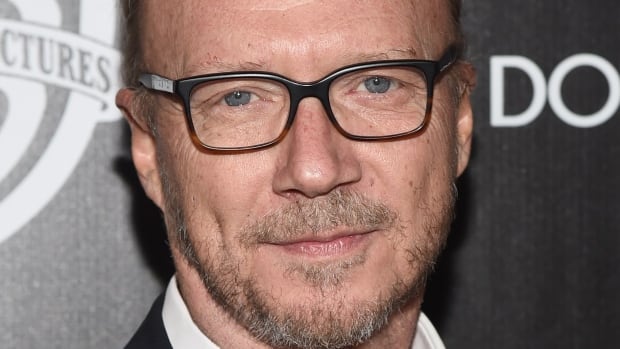 The British citizen who accused Canadian-born screenwriter and director Paul Haggis of raping her in Italy has told Italian police she was sexually assaulted by Haggis twice over several days, after joining him in the southern tourist town of Ostuni, where Haggis starred in a film. festival.

“The woman was twice subjected to non-consensual sex; she was not raped for days,” as some media reported, Insp said. Rita Sverdigliozzi, who leads the Brindisi State Police unit investigating the alleged crime.

“She admired him and came to Ostuni hoping to be able to work with him.”

Haggis was arrested on Sunday for sexual assault and grievous bodily harm. He is currently under house arrest in Ostuni, Italy.

Sverdigliozzi confirmed that the woman, 29, and Haggis, 69, met in the spring.

Italian media reported details of a leaked memo Haggis wrote for his lawyer, where he says the two met at the Monaco International Film Festival. After the woman took a selfie with Haggis, he reportedly reached out to her on social media.

The woman told police she left a love note “for a reason” in the guest room the two shared for several days.

According to a statement from prosecutors, Haggis dropped off the woman at the airport in Brindisi, Italy, the closest town to Ostuni in the heel-shaped region of Puglia, early in the morning of June 15. There, airline employees found her wandering. in what prosecutors describe as a “precarious psychological and physical condition” and the police were alerted.

After reporting the alleged assault to police, the woman stayed at a sexual abuse shelter in Puglia, which she left on Wednesday, police said.

Authorities also said it could take weeks before a trial begins.

The woman is due to appear next week to recount the alleged assault before a judge in Brindisi.

Investigators are still gathering evidence ahead of a preliminary hearing, when a judge decides whether to proceed with a trial and release Haggis from house arrest — and, if so, under what conditions.

Vilma Gilli, the judge in charge of preliminary investigations, decided on Wednesday to keep the director under house arrest, where he is only allowed to see his family members and his lawyers.

Haggis is currently staying at a luxury farmhouse outside Ostuni, where he moved after the arrival of his adult children, who were due to give masterclasses at the Allora Film Festival which kicked off this week.

The judge based her decision on the victim’s version of events, which the judge said demonstrated an “absolute inability to control [Haggis’s] instincts and to refrain from prevarication and domination tendencies,” Italian media reported.

Charges in the United States

The judge also cited an ongoing civil case involving a rape charge against Haggis in New York as helping inform his decision. Four women in the United States have accused Haggis of sexual assault – allegations he has denied.

The Oscar-winning screenwriter and director of Accidentwho also co-wrote Casino Royale and Quantum of Comfortappeared before Gilli on Wednesday in Brindisi, Italy, where, with the help of a translator, he gave the judge his version of events.

Michele Laforgia, Haggis’ Italian lawyer, said her client was innocent and that the sex between Haggis and the woman was consensual.

“We also clarified that there were no injuries or signs of violence, which was alleged by the prosecution,” Laforgia told reporters after the hearing.