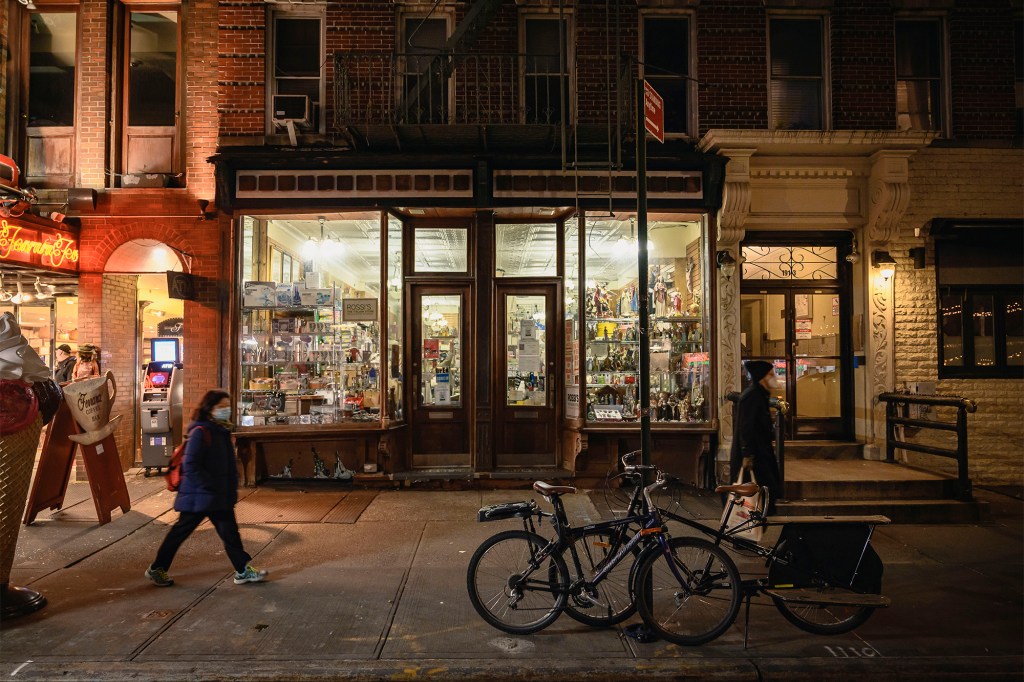 E. Rossi and Co.’s Little Italy storefront on the corner of Grand and Mulberry appears to be just a typical gift shop, filled with religious items, music, and cooking equipment. (Otherwise known as Italian Essentials.) But tourists walking around – drunk on Campari and full of pasta – might want to take a second look.

It is, in fact, the oldest Italian gift shop in Little Italy, and possibly the United States.

“My grandfather Ernesto Rossi came here in 1900 and opened 10 years later,” Ernest “Ernie” Rossi, Ernesto’s grandson and store owner, told The Post. The store has been a cornerstone of the community, alongside cannoli and espresso, for over a century, employing a number of new immigrants to New York City (including this writer’s grandmother, Olga) .

Rossi, 71, has worked at the store since he was a child. “My Uncle Pat gave me a dollar a week,” he said. “And for a dollar, I would buy five slices of Sicilian pizza and a few cokes. “

Originally the hub of the booming immigrant community, which sold newspapers, magazines and books in Italian, E. Rossi and Co. quickly became the leading importer of Italian music: first of the piano rolls, then records. “My grandfather would go back to Naples every year to take part in the Piedigrotta Festival,” Rossi said of the now defunct music festival that began in the 1800s.

His grandfather was looking for both tunes and talent, leading him to start his own publishing house. As a result, E. Rossi and Co. became an American custodian of old country music, including the Neapolitan genre dubbed the Sceneggiata.

“It was a kind of musical theater that focused on revenge plots,” said Dr. Reba A. Wissner, assistant professor of musicology at Columbus State University and one of the few experts in the field. art form. “When immigrants came to the United States from Italy, the stories turned to a desire to be home and to adjustment to a new land. Rossi’s shop sold a lot of scores of these pieces.

While the art form has long since fallen into disuse, it is forever immortalized in “The Godfather: Part II” when a young Vito Corleone, played by Robert De Niro, attends a performance of Sceneggiata. “My dad was actually very good friends with Francis Ford Coppola’s dad,” Rossi said of the director of the film.

While the overflowing store still sells music in CD form, it has since moved to items ranging from prayer cards to Bialetti espresso pots.

But the past year has put the store’s future in jeopardy.

After shutting down due to the state-mandated COVID-19 shutdown and reopening in late 2020, Rossi developed diverticulitis and was subsequently hospitalized.

“While I was in the hospital, my wife Margaret said, ‘Ernie, I’m going to keep the store open.’ I said, ‘No, leave it closed.’ She said, ‘No, you’re going to be closed for too long.’ “

The store remained open, but in March Margaret and a close friend, Freddy, who helped her run business, became infected with the virus. They both died soon after.

“We had been married for 51 years,” Ernie said. A songwriter himself known to serenade clients, he wrote a ballad dedicated to Margaret called “The Other Side of Forever” which singer Jenna Esposito recorded as a tribute.

Due to the hardship, Ernie found himself behind on rent. Last April, a GoFundMe was set up to keep the store afloat as it found itself in danger of shutting down permanently. A hearing date with its owners is set for November 30. “I have to say, they have been very patient so far and I’m sure we can find a solution,” he said. “I hope.”

“Ernie’s shop is special because it’s a landmark in Little Italy,” said Wissner. “It is one of the few stores of its time to survive and thrive on sales of Italian-American imports.”

For Rossi, the store gives him a reason to continue in the face of a terrible loss.

“Sometimes people don’t come and buy anything, but rather to say hello and say, ‘I’m glad to see you’re still here,'” he said. “I guess they probably think as long as I’m here they still have these memories to come back to.”

What is the restaurant at the Shangri-La Vancouver hotel?