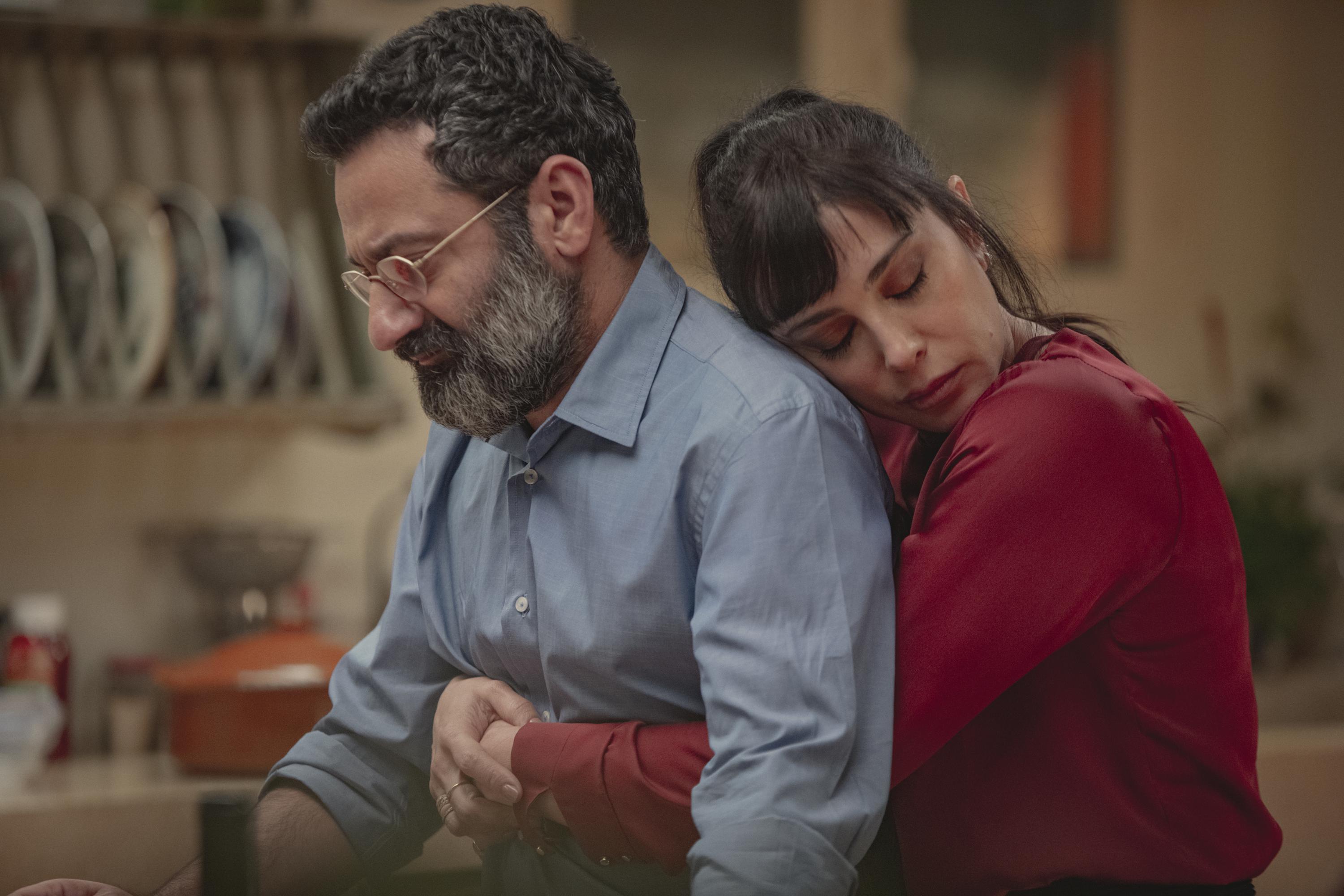 CAIRO (AP) — A Lebanese father tells his teenage daughter she is free to choose whether or not to have sex with her boyfriend despite her reservations.

An Egyptian woman discreetly removes her lacy black underwear from under her clothes before going out to dinner, and it’s not her husband she’s trying to seduce.

And in a dramatic moment, a man reveals he’s gay, a secret he’s been hiding from his longtime friends who are shocked – but mostly seem to accept.

Scenes from Netflix’s first Arabic film have sparked a public drama as intense as that played out on screen. On social media and TV and friend talk shows in Egypt and other Middle Eastern countries, a torrent of critics denounced the film as a threat to family and religious values, encouraging homosexuality and unsuitable to Arab societies.

Others have rallied to the film’s defense, saying critics deny what happens behind closed doors in real life. Those who don’t like the film, they claim, are free not to subscribe to Netflix or simply skip the film.

Titled “Ashab Wala A’azz”, which means “No dearer friends”, the film is an Arabic version of the Italian hit “Perfect Strangers”, which has inspired many other international remakes. It tells the story of seven friends at a dinner party gone wrong after the hostess suggested that, as a game, they agree to share all calls, texts and voicemails. As smart phones buzz, secrets are revealed, infidelities are exposed and relationships are tested.

The controversy has reignited debates in the region about artistic freedom versus social and religious sensibilities; censorship; what constitutes a taboo in different societies and the representation of homosexual characters.

An irony is that Netflix in the Middle East shows many non-Arab films and series that present gay characters in a positive light, premarital and extramarital sex and even nudity – which is generally prohibited in cinemas in the region – with little outcry.

But seeing these themes tackled in an Arabic-language film with Arab actors went too far for some. (The film has no nudity; it’s largely an hour and a half of people talking around a table.)

“I think if it’s a normal foreign film, it’ll be fine. But because it’s an Arab film, I didn’t accept it,” said Elham, 37, an Egyptian who asked only her name. family is withheld due to the sensitivity of the subject.” We don’t accept the idea of ​​homosexuality or premarital intimate relationships in our society, so what happened was a culture shock. “

Homosexuality is a particularly strong taboo in Egypt: a 2013 survey by the Pew Research Center found that 95% in the country say it should be rejected by society; in Lebanon, the number was 80% at the time.

The cast of the film are mostly prominent Lebanese stars and its events are set in Lebanon. There he garnered many positive reviews. Fans have said that he discusses relevant topics away from the stereotypes that are usually attached to gay characters or cheating spouses on screen.

“There is nothing like the Arab world’s hatred for the truth,” Rabih Farran, a Lebanese journalist, said in a tweet, referring to the backlash.

This is not the first time that an Arabic-language film has featured gay characters.

Most famously, the 2006 film “The Yacoubian Building” with a cast of prominent Egyptian actors caused a stir, among other things, by including a gay main character. But the character was ultimately killed by her lover in what many saw as punishment.

In contrast, the gay character of “Ashab Wala A’azz” is not portrayed negatively. Another character encourages him to report his former employers who dumped him for his sexual identity.

Fatima Kamal, a 43-year-old Egyptian, said she did not find it promoted same-sex relationships. She argued that some Egyptian films of the past were bolder.

“The film touched on issues that society refuses to address, but they do happen,” she said. “We all have a dark side and hidden stories.”

Kamal, who has a 12-year-old son, also dismissed the idea that the film would corrupt Arab youth.

“Technology has changed society. Restricting movies is not the answer,” she said. “The solution is to look age-appropriate and talk to young people and make them understand that not everything we see on screen is OK.”

“It’s neither art nor creativity,” he said. “We need to ban Netflix from being in Egypt,” even temporarily.

Magda Maurice, an art critic discussing Bakry on the show, disagreed. “This film exposes what cell phones do to people and their normal lives,” she said.

“You can’t ban anything now, but you can deal with it with good art,” she added. “The ban has become a thing of the past.”

In Egypt, much of the furor has centered around the only Egyptian woman in the cast, Mona Zaki, one of the country’s biggest stars. Her character is the one seen slipping out of her underwear, a move many critics have called outrageous.

On social networks, some have attacked her for having participated in the film. The online abuse extended to actors and actresses who supported her or praised her performance. Some criticized her real husband, an Egyptian movie star in his own right, for “allowing” him to play the role.

The Egyptian actors’ union came out in favor of Zaki, saying it would not tolerate verbal abuse or intimidation against actors for their work. He said freedom of creativity “is protected and defended by the union”, while adding that he is committed to the values ​​of Egyptian society.

The Associated Press contacted Netflix for comment on the controversy but did not receive one.

Egypt has a long-celebrated film industry, earning it the nickname “Hollywood of the East”, attracting actors from other Arabic-speaking countries, and bringing Egyptian films and dialect into Arab homes around the world. whole.

Film critic Khaled Mahmoud said that Egypt “used to produce powerful and bold films in the 1960s and 1970s”. But much of that adventure has been lost with the trend of so-called “clean cinema”, emphasizing themes deemed appropriate for the family, without physical intimacy or immodest dress, he added.

“Society has changed and the audience culture has become imperfect.”

Stories about affairs or sexual relations are not uncommon in Arabic films. But female stars are often grilled in interviews about whether they would wear swimsuits or kiss co-stars on camera.

“Our job is to let art be art,” Mahmoud said. “We cannot critique art through a moral lens.”

Associated Press religious coverage receives support from the Lilly Endowment through The Conversation US. The AP is solely responsible for this content.