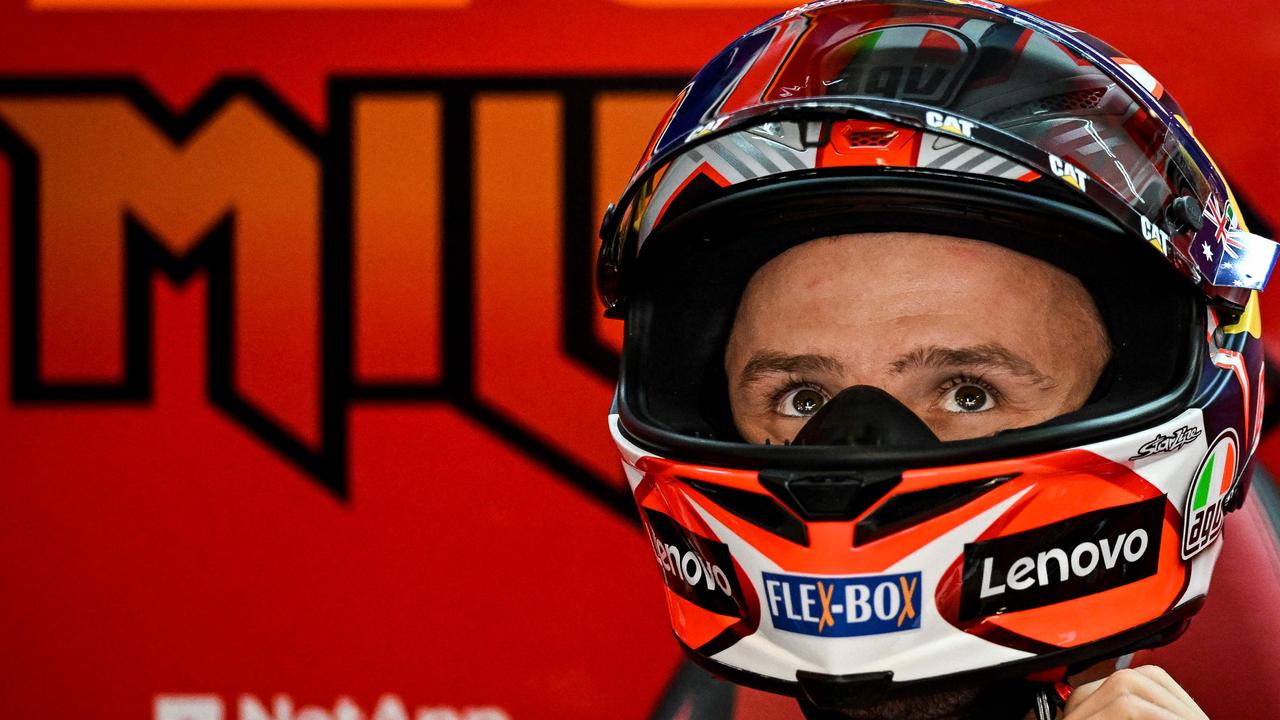 Jack Miller still doesn’t know which bike he’ll be riding in 2023, although his Ducati team is set to decide its rider line-up in three weeks.

Miller, out of contract, started the season as Ducati’s strongest factory rider and clinched the team’s first podium of the year in Austin, but the resurgence in form of teammate Francesco Bagnaia fended off the pressure on the Australian.

Bagnaia’s controlled win in Spain lifted him to fifth in the title standings, 14 points and six places ahead of Miller, but without the downside of the Australian’s technical retirement in Qatar after qualifying fourth .

Miller’s seat was under surveillance even before the start of the season, with 2021’s top rookie, Jorge Martin, queuing to grab his factory suit. Martin’s impressive debut year hasn’t translated into a strong 2022, but Enea Bastianini has taken over as the only repeat winner of the year so far and is the marque’s highest-placed driver. Italian in the championship.

The team’s public messaging was mixed.

Late last month, when Miller was linked with a return to the LCR, Ducati team manager Davide Tardozzi came to the Australian’s defence.

“We don’t want to lose Jack,” he said on MotoGP TV. “We will see what happens in the next few weeks.

“We are happy that other teams are looking to Jack because it means we have a good rider, but for Ducati everything will be done to keep him.”

But speaking to Italian media, sporting director Paolo Ciabatti suggested Miller was not within the scope of the factory stay.

“Bastianini and Martin have been with Ducati since 2021,” he told Sky Sport Italia. “They work very well; Ducati is definitely betting on them in the future.

“There is only one place in the factory team, but the goal is to keep them both on a Ducati. The situation will clear up by June.

Although June is just three weeks away, Miller has not heard of his Borgo Panigale future.

“At the moment I don’t have an offer,” he told the MotoGP website. “I’m not looking for the money…I’m looking for the most competitive bike to put me in a good position to try to fight for race wins or podiums.

“I feel at home there and I would like to stay at home. Whether they want to keep me or not, we’ll wait and see.

SILLY SEASON: 20 out-of-contract riders, the ‘joker’ of the MotoGP rider market and where Miller fits in

RICCIARDO RUMOR: Why Dan’s McLaren seat is safer than it looks

Miller also addressed the report of his remarks from the start of the season that he “wouldn’t care” if he was sent back to Pramac in a reshuffle of the Ducati lineup and that he “didn’t mind”.

“You know, what I said was kind of taken out of context,” he clarified. “It’s not like I’m saying, ‘Ah yes, please take my place and I’ll be back there.’ Not at all.

“I worked really hard to get to this position where I am now, to be in a factory team.

“If I couldn’t stay in the factory team, then Pramac would definitely be one of my best options.”

Ducati’s June deadline lines up two or three races crucial to Miller’s future and the wider rider market, with only this weekend’s French Grand Prix and the Italian Grand Prix on May 29 before that. the Catalan Grand Prix on June 5.

There’s never a bad time for a good performance, but resuming victory in 2021 at Le Mans would certainly be timely after being blitzed by Pecco in the final round and crashing while in contention for the podium in Portugal.

Not that he feels pressure to perform suddenly.

“I mean, you can’t let bad results get to you as much as they would have before,” he said. “I understand at the time that if you were fifth it would be a terrible weekend just because of the [close] level the championship is at.

“You have to understand and try to make the best of each situation.

“I get annoyed when people instantly write you off when you’ve had three races and people think you’re done when you finished last year winning two races and finishing fourth in the world championship.

“The next year you’re still the same guy and everyone tells you you’re done and you don’t know what you’re doing or you need that podium.