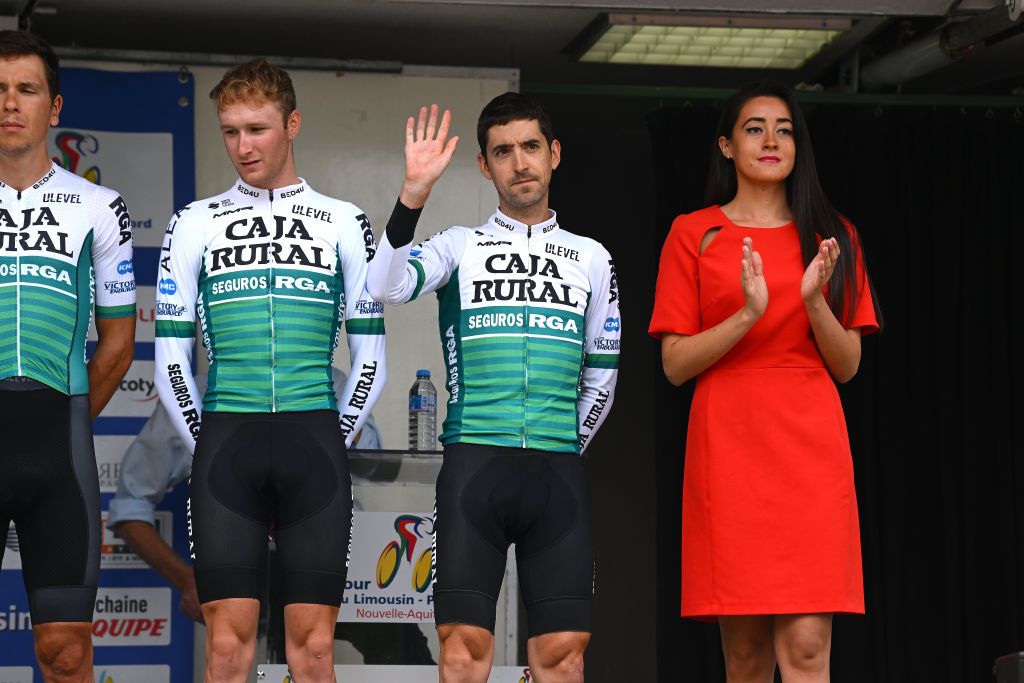 Mikel Nieve (Caja Rural-Seguros RGA) suffered an abrupt and unwelcome end to the last race of his career at Il Lombardia on Sunday. The Basque climber crashed on the descent of an early climb in the first half of the race and had to retire with a shoulder injury.

“The end that no one wanted for a special day for the Navarrese”, wrote his team on social networks.

Lorenzo Fortunato (Eolo-Kometa) fell in the same crash and also retired from the race.

Nieve, 38, is best known for a trio of stage wins in the Giro d’Italia, including his first in 2011 when he held off Alberto Contador’s pursuit in the rain on the climb to Gardeccia-Val di Fassa. He also won stages in the Vuelta a España and the Criterium du Dauphiné.

After five seasons with Euskaltel-Euskadi, Nieve joined Team Sky in 2014, where he made his mark as Chris Froome’s super servant in three of his Tour de France victories. He moved to Mitchelton-Scott in 2018 and stayed there until this season when he joined Caja Rural.

The race also ended in heartbreak for Domenico Pozzovivo, 39, who crashed in a similar part of the race. The Italian was taken for scans of his left shoulder, elbow and ribs, according to his Intermarché-Wanty-Gobert team.

The departure was a bitter shame for Pozzovivo, who was in good form and finished third in the Giro dell’Emilia last week.

What happened during the Cuban Missile Crisis – and why is it compared to Russia’s war in Ukraine? | world news