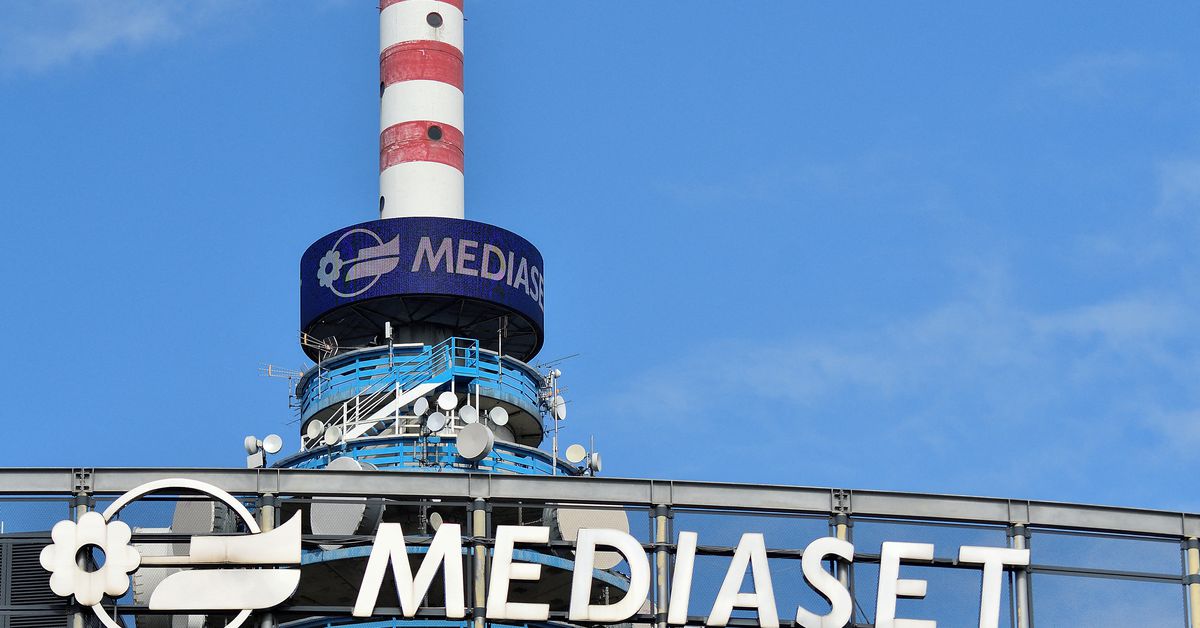 MILAN, May 25 (Reuters) – Italy’s MediaForEurope (MFE) (MFEA.MI), which is seeking to establish itself as a counterbalance to U.S. streaming giants, has confirmed its 2022 forecast despite the impact of rising content costs such as sports rights on its first-quarter earnings.

The television group, controlled by the family of former Italian prime minister Silvio Berlusconi, still expects ‘positive economic results and positive free cash flow’ despite the risks posed by the war in Ukraine and inflationary pressures .

The country’s top commercial broadcaster expects advertising revenue in Italy, its main market, to rise 1% this year and will have costs of 1.8 billion euros ($1.9 billion), said said chief financial officer Marco Giordani on a post-earnings call.

No client has canceled any of its planned campaigns, said Matteo Cardani, head of the company’s Italian ad operations.

Formerly known as Mediaset, MFE generates most of its revenue in Italy by selling advertising space on its free channels such as Canale 5. It faces increased competition from web giants and service platforms streaming.

As part of a European expansion strategy seen as its response to such challenges, MFE has taken a stake of more than 25% in the German media group ProSiebenSat.1 (PSMGn.DE).

The group also plans to launch an offer later this year to buy the stake it does not already hold in its Spanish subsidiary Mediaset Espana (TL5.MC).

In the first quarter, it recorded gross domestic advertising sales of 460.9 million euros, compared to 452 million euros the previous year.

“We believe that management’s guidance may still be realistic, assuming a worsening of the advertising trend over the next few quarters and a staggering of operating costs,” wrote analysts at Intesa Sanpaolo.

Their counterparts at JP Morgan take a more cautious stance on the company’s advertising trend in its home market, as they forecast a 1% full-year decline.

Giordani said that in a declining revenue trend scenario in its key domestic market, MFE would be able to reduce its cost base by up to 3% in Italy.

Why misinformation flourished during the pandemic

Sao Paulo vs Palmeiras odds, how to watch, live stream: Brazilian Serie A 2022…