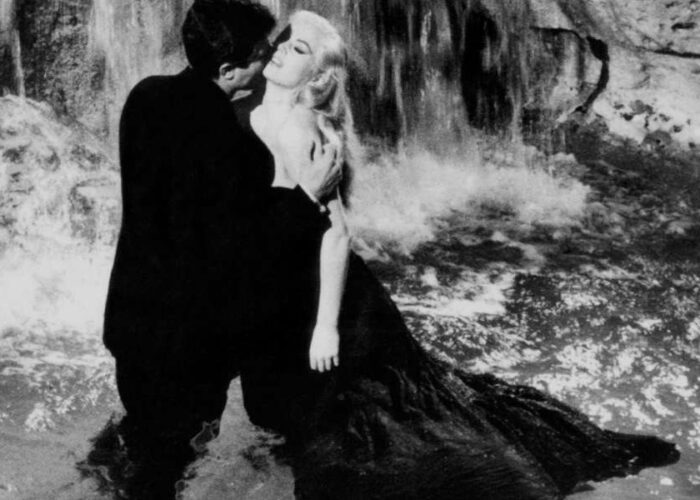 When we think of Federico Fellini, we usually imagine flights with surrealist touches, films that challenge while seducing. It’s fair enough for a number of the maestro’s films from the mid-60s and beyond. But there is more than one Fellini, and more than one Fellini style. That’s something to remember when you savor the arrival of the Fellini 100 traveling retrospective, a centenary celebration of the filmmaker’s work that lands at the MFAH from October 7 to November 7. 7. (Fellini was actually born in 1920, but the coronavirus has a way of disrupting schedules).

Before we start to seriously analyze, let’s consider how lucky we are to receive this full bushel of timeless world cinema. There just aren’t many opportunities to see “I vitelloni”, “Nights of Cabiria”, “La Dolce Vita” and “8 ½” on the big screen. Fellini was among the all-time masters of visual composition and fluid camera movement, qualities that don’t resonate enough in your living room. Enjoy it while you can.

Fellini, like most Italian filmmakers of his time, began his career steeped in neorealism. He helped write “Rome: Open City” by Roberto Rossellini (1945) and was very involved in capturing the lives of ordinary people with real problems in real contexts. I quite like these movies, and MFAH picked a few of my favorites from “Variety Lights” (1950, Fellini’s directorial debut with Alberto Lattuada) and “I vitelloni” (1953). (I also love the movie that came out between those two, “The White Sheik,” which unfortunately isn’t part of the series).

“Variety Lights” is an ode to the traveling men and women of the show, and a study of the fragile balance of power and ego that occurs when a new star is born. This star is played by Carla Del Poggio, who not only steals the show, but also the attentions of the man in charge (Peppino De Filippo). This does not please his girlfriend, played by an actress named Giulietta Masina, who we hear a lot more about in the series.

Perhaps the best of Fellini’s early films is “I vitelloni”, an autobiographical tale of five awesome friends struggling against the limits of an Italian coastal town. Cruise for women, talking about their big projects, they go around in circles that lead to dead ends. Only one, the substitute of Fellini Moraldo (Franco Interlenghi), manages to set off and start from scratch; his departure by train at the height of the film is both deeply moving and cinematically inventive, a harbinger of the director’s emerging style.

At this point, Fellini begins to write great roles for his wife, Masina. “La Strada” (1954) and “Nights of Cabiria” (1957) push a little further towards experimentation and allegory. Then the punch, the seismic breakthrough. 1960 brings “La Dolce Vita”, an acidic and free dissection of Rome, its glamorous class and its junkies, seen through the eyes of a rude but sad-eyed tabloid journalist (Marcello Mastroianni). It is the film which coined the word “paparazzi”. You might also remember Swedish starlet Anita Ekberg frolicking in a fountain.

Or: Museum of Fine Arts Houston, 1001 Bissonnet Street, in the Brown Auditorium Theater

Details: $ 9; Discount of $ 2 for museum members, people aged 65 and over and students with ID. Tickets available at mfah.org/film, in the halls of the Beck and Kinder buildings during office hours, or at the auditorium box office before show time; 713-639-7515.

“8 ½” (1963) is not the last film in the series, but it is the peak. Heck, this could be the pinnacle of cinema, or at least the pinnacle of cinema over cinema. From its opening dream sequence, “8 ½” seems to invent its own cinematic language as frustrated director Guido (still Mastroianni) brings his reveries to life: dreams, nostalgic memories, fantasies born of fear and desire. . The film is a powerful high-flying act, a breathtaking manipulation of a rich inner life.

Where do you go after “8 ½?” There is the free associative allure of “Juliet of the Spirits” (1965) and the pungent, episodic nostalgia of “Amarcord” (1974). Fellini did a lot of good work after “8 ½”. But he had already reinvented the wheel.

The MFAH series covers Fellini’s many seasons, from the neorealist puppy to the daring surrealist provocateur. It contained multitudes, and it’s always a pleasure to make your way, especially in a theater setting. Fellini 100 is a cause for celebration, a chance to see the evolution of a great artist unfold.

Chris Vognar is a Houston-based writer.