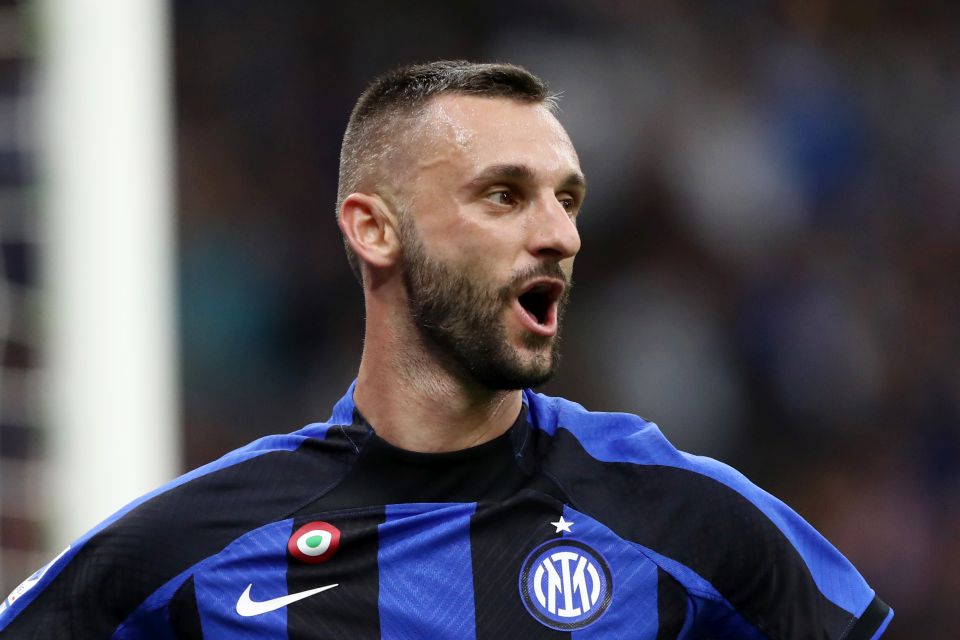 Marcelo Brozovic will be called up to Inter’s squad for Serie A Derby D’Italia clash with Juventus, Italian media detail

Croatian international midfielder Marcelo Brozovic will be called up to the Nerazzurri squad to face Juventus at the Allianz Stadium on Sunday but is expected to start the game on the bench.

According to an article in today’s print edition of the Milan-based Gazzetta dello Sport, as reported via FCInterNewsMarcelo Brozovic is expected to be called up by Inter coach Simone Inzaghi for the move to Juventus, but he is set to start on the bench.

The former Dinamo Zagreb player has missed Inter’s last nine games in all competitions with a hamstring injury which sidelined him for around 40 days.

However, yesterday Brozovic returned to full training with the rest of the Nerazzurri squad without any problems and if he is able to do so in today’s training session as well, he will be included. in the squad to travel to Turin to face Juventus.

The Croatian international midfielder joined Dinamo Zagreb in August 2012 for a reported fee of €2.4m. During his three-year stint with Dinamo Zagreb, Marcelo Brozovic played 99 times in all competitions, scoring 13 goals in the process.

In January 2015, Brozovic joined Inter Milan on an initial loan of €3 million and the loan was made permanent in July 2016 for a further €5 million.

Since joining Inter, the Croatian international midfielder has played 299 times in all competitions, scoring 30 goals in the process.

Before his hamstring injury, he played nine times in all competitions this season, scoring two goals in the process.