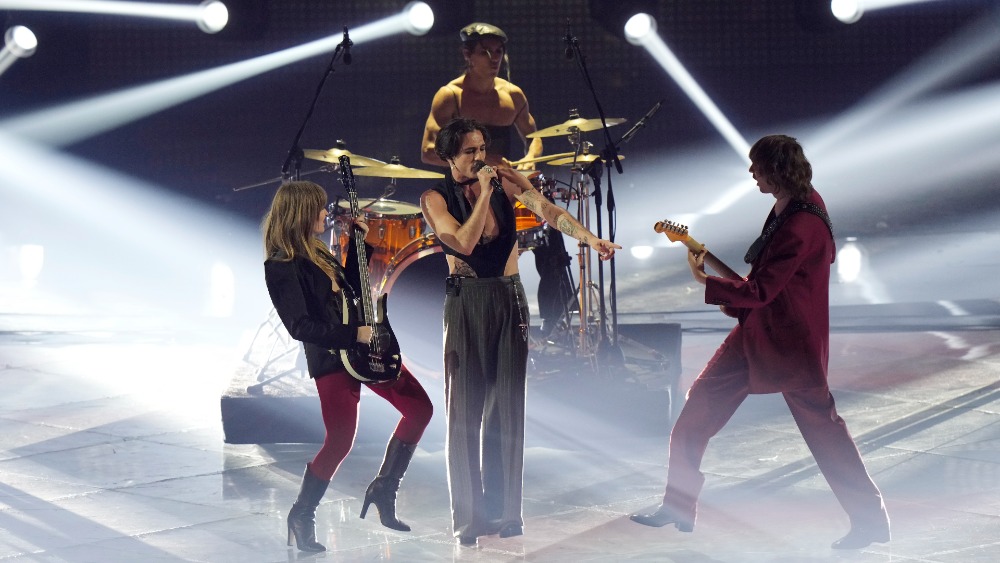 Eurovision 2021 winner Maneskin is set to make an appearance on the soundtrack of Baz Luhrmann’s highly anticipated Elvis biopic.

The Italian band revealed the collaboration during their triumphant return to the Eurovision Song Contest grand final in Turin, Italy on Saturday night.

The band, made up of Damiano David, bassist Victoria De Angelis, guitarist Thomas Raggi and drummer Ethan Torchio, have had a whirlwind year since winning the Eurovision trophy last May. In addition to appearing on “Saturday Night Live” and the Coachella festival, they just released a new single, “Supermodel,” which they worked on with Swedish pop supremo Max Martin.

In addition to performing “Supermodel” on Saturday night, David revealed the glam rockers collaborated with Luhrmann on a track, “If I Can Dream,” for the biopic, which features Austin Butler as the doomed music icon. “We felt a huge connection and decided to jump on it,” David said of his collaboration with Luhrmann. “We’re really proud of what we’ve done, we can’t wait to see it.”

The song is a cover and was originally released by Pressly in 1968.

Luhrmann is known for infusing period films with modern songs, from a cover of Nirvana’s “Smells Like Teen Spirit” at the turn of the century “Moulin Rouge” to The Cardigans’ “Lovefool” in his adaptation of “Romeo + Juliet”. ”

It also happens that the director is from Australia, where Eurovision is so important that in 2015 the country was allowed to participate in the competition on a one-time basis, although it is not a member of the Union European Broadcasting Corporation (EBU), which is organizing the event. Apparently their participation was to celebrate the 60th anniversary of the competition, but seven years later they continue to be representatives of the competition and have become associate members of the EBU.

“Elvis” is set to have its world premiere in Cannes this week.

Italian media details Players on loan from Inter could cash in this summer, including Stefano Sensi and Sebastiano Esposito

AC Milan vs Atalanta odds, picks, how to watch, live stream: May 15, 2022 Italian Serie A predictions