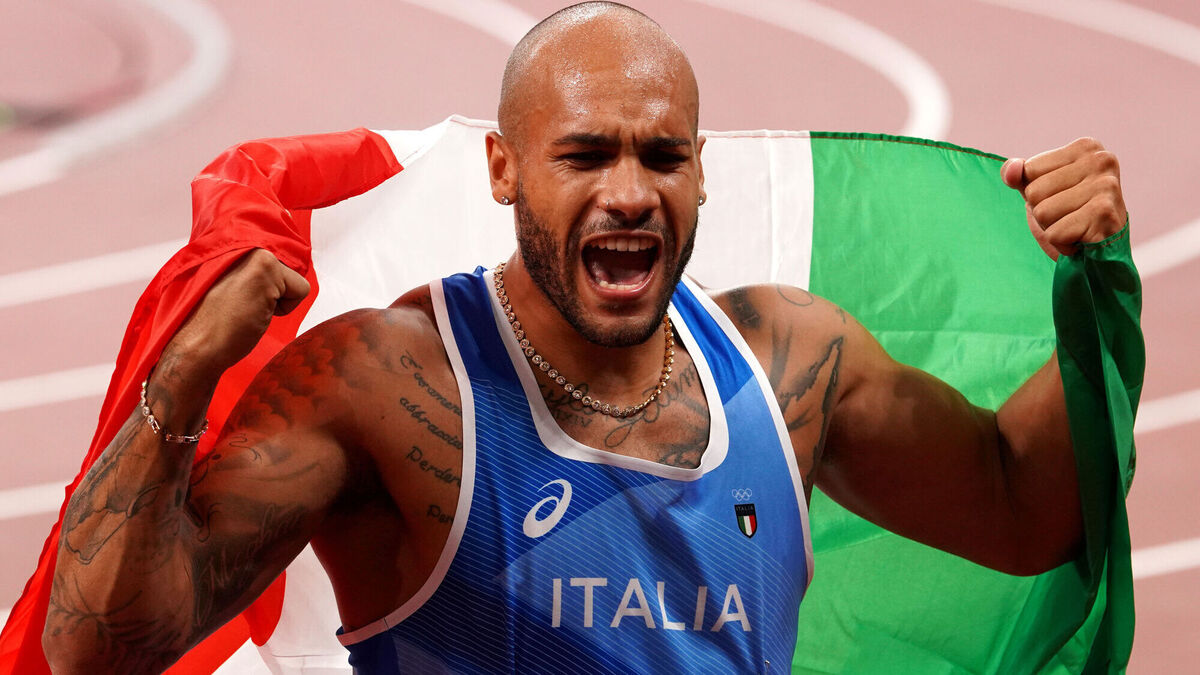 The Italian Lamont Marcell Jacobs scored a superb victory to claim the Olympic title in the 100m.

The Texas-born sprinter clocked 9.80 seconds in Tokyo to finish ahead of American Fred Kerley and Canadian Andre De Grasse.

Jacobs became the first man to win the 100m other than Usain Bolt since Justin Gatlin in 2004.

He is the first Italian to win the race.

Zharnel Hughes, the first Briton to make a men’s 100m final in 21 years, was disqualified for a massive false start and was forced to look aside.

Yohan Blake missed the final, and without Bolt there was no Jamaican in the last eight for the first time since Sydney 2000.

The 31-year-old, the second-fastest man in the world, then insisted it would be his last Games.

“These are definitely my last Olympics. You know, the track is not easy. I will not be ungrateful. I won a lot,” he said.

“I’m a professional athlete. I shouldn’t have had a false start – I was on top, I was really, really hard.

“Mentally I think even I didn’t realize there was a lot thinking about yesterday’s race. It does happen, but it’s the Olympics, but obviously now I have to stay mentally strong. and focus on if I can bring my luck, my efforts at the relay – it’s going to be fun. “