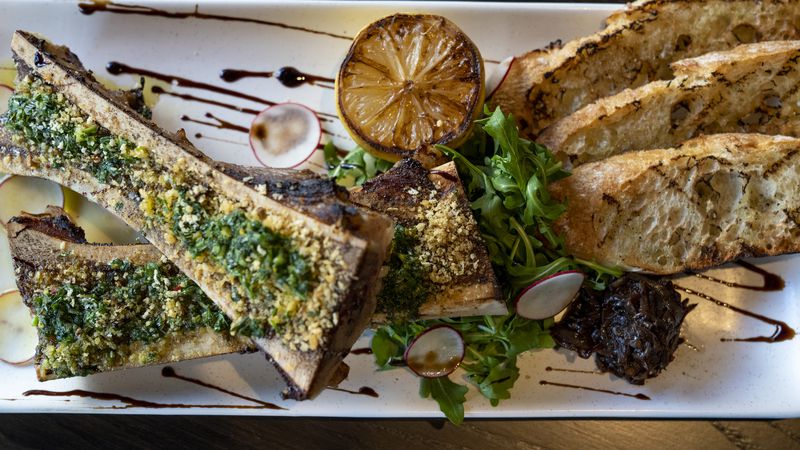 ST. PETERSBURG – Chef Fabio Viviani is once again heading for the town.

When news broke in 2019 that the celebrity chef and Excellent chef competitor was planning a restaurant in downtown St. Petersburg, it created a big buzz.

At the time, Viviani was involved with several notable spots in Tampa, including the famed Osteria Bar + Kitchen and the Latin-inspired Mole y Abuela. A new Italian restaurant across the bay was welcome news for many St. Pete residents.

This restaurant, La Pergola, never saw the light of day.

Viviani cut ties with Tampa Bay in the summer of 2020, following a widely publicized scandal involving Nocturnal Hospitality Group, the local management company that runs three of her restaurants. All of these restaurants have been closed and future plans for La Pergola have been cancelled.

Viviani parted ways with the group after screenshots shared widely online showed company co-owner Lanfranco Pescante commenting ‘Just shoot ’em all’ on social media in reference to the scale protests of the city after the death of George Floyd. There were also screenshots of text messages allegedly from Pescante that included racial slurs.

Now Viviani is back in downtown St. Pete with a new restaurant and new partners.

Viviani, 43, said he was drawn to St. Petersburg’s location for its bustling downtown restaurant scene and wide access to foot traffic. With a handful of projects slated to open this year, its current portfolio numbers just 40 restaurants, with locations across the country.

“We love being on a busy street in a busy corner of a busy downtown,” Viviani said. “If you look at St. Pete’s Market, other than a few small Italian restaurants, there really isn’t a place like this.”

The restaurant’s proximity to the water is reflected in the overall concept, which Viviani says has a strong focus on fish and seafood, both imported and local.

Viviani said the restaurant will also offer homemade pasta and craft cocktails and he described the space’s aesthetic as industrial, with a rustic look and a “refined but not stuffy vibe.”

Get news, insights and reviews of the restaurants and bars you crave every Wednesday from food critic Helen Freund.

You are all registered!

Want more of our free weekly newsletters in your inbox? Let’s start.

Explore all your options

The restaurant, which seats approximately 235 people, occupies a 6,000 square foot space inside the office building. The unique footprint of the place, which once housed Raymond James & Associates, includes an indoor-outdoor zinc bar with seating along Central Avenue.

Drinking and socializing is half the appeal here, and the accessible wine list (heavy on Italian labels) offers around 35 different wines by the glass. Signature cocktails include several creative twists on Italian classics, including the Spritz Veneziano – made with Aperol, Prosecco, watermelon and mashed strawberries.

Although Viviani designs the menus for all of her restaurants, Executive Chef Cristian Ruiz and Executive Sous Chef Marcella Milillo run the day-to-day culinary operations for the St. Pete newcomer. The dinner menu offers a selection of antipasti (small and shared plates), salads and pizzas, pastas and main dishes.

Entrees on the opening menu include grilled marrowbone served with balsamic onions and citrus gremolata; charred Spanish octopus with herbed potatoes and celery salad; and a burrata with smoked pancetta, pistachios and tomato jam.

The house-made pasta is a highlight, and includes rigatoni bolognese, squid ink paccheri with seafood, and a bucatini dish served with meatballs and ricotta.

Entree-sized plates are much larger and feature grilled salmon served with tomatoes in a white wine sauce, crispy potatoes and Brussels sprouts; a marsala chicken leg with mushrooms, potatoes and broccolini; and a giant chianti-braised pork knuckle served with parmesan polenta and pistachio gremolata.

For Viviani, who is flying from her home in Chicago to attend the grand opening of Taverna Costale this weekend, the restaurant’s launch signals a welcome return to the Tampa Bay area.

Viviani did not want to discuss the breakup with her former partners.

“It was what it was – we had to move on,” he said. “We built and have built a business based on inclusivity, love for everyone and respect for everyone. I’m not going to comment on what happened…but you had to be quick to take a stand And although it cost us a lot of money… I believe that some things are more important than the actual business.

Viviani’s new partners at Taverna Costale – Anthony Sandstrom and Brian Henry – have worked with Viviani in the past on several restaurants, including Chuck Lager’s American Tavern in Wesley Chapel. They are expected to open two more Chuck Lager locations in the Tampa Bay area this year, in the new Westshore Marina District and in Oldsmar.

Taverna Costale is not a chain concept. But Viviani said the St. Petersburg restaurant will serve as a testing ground for the brand’s potential expansion into other areas.

Do you dream of being in a fairytale forest, on a soft beach or in the Italian countryside? Let those candles take your senses there