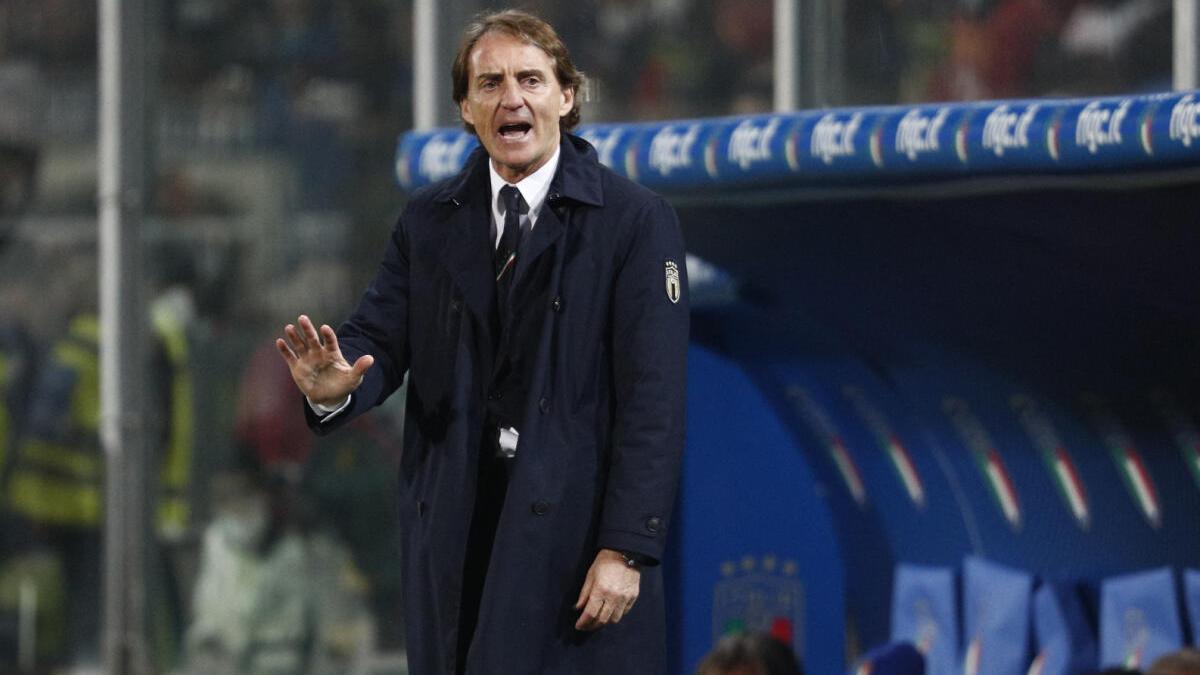 Italy manager Roberto Mancini has insisted his decision to keep faith with the same players who won the European Championships last July for the Azzurri’s disastrous World Cup qualifying campaign that followed was the right decision.

Mancini’s side missed the World Cup final after losing 1-0 at home to North Macedonia in their playoff semi-final in March, their second consecutive failure, never having missed a World Cup final since 1958.

The shock failure came less than a year after Italy beat England at Wembley to win Euro 2020, a triumph that convinced Mancini he didn’t need to freshen things up to achieve a place in Qatar.

“We have a young team, but no loyalty problem on my part,” Mancini said at a press conference on Friday ahead of his side’s friendly clash against Argentina and their Nations League match against Germany next week.

“If we look at the quality, we should have gone straight to the World Cup with the group stage we had.

“Unfortunately, some situations cost us dearly as the game against (North) Macedonia showed, where there were a lot of bad moments and then they scored from 50 yards in the 92nd minute.”

Mancini has come under intense pressure in the Italian media to quit following another World Cup failure but having received the backing of the national federation president he could continue, the Azzurri coach is going nowhere go.

“Of course you can sometimes think (to quit) after times like that,” Mancini added. “But then the national team is so important, and the joy is so great and it’s worth staying.

“When you win with the national team, it’s something totally different. But again in life, never say never.”