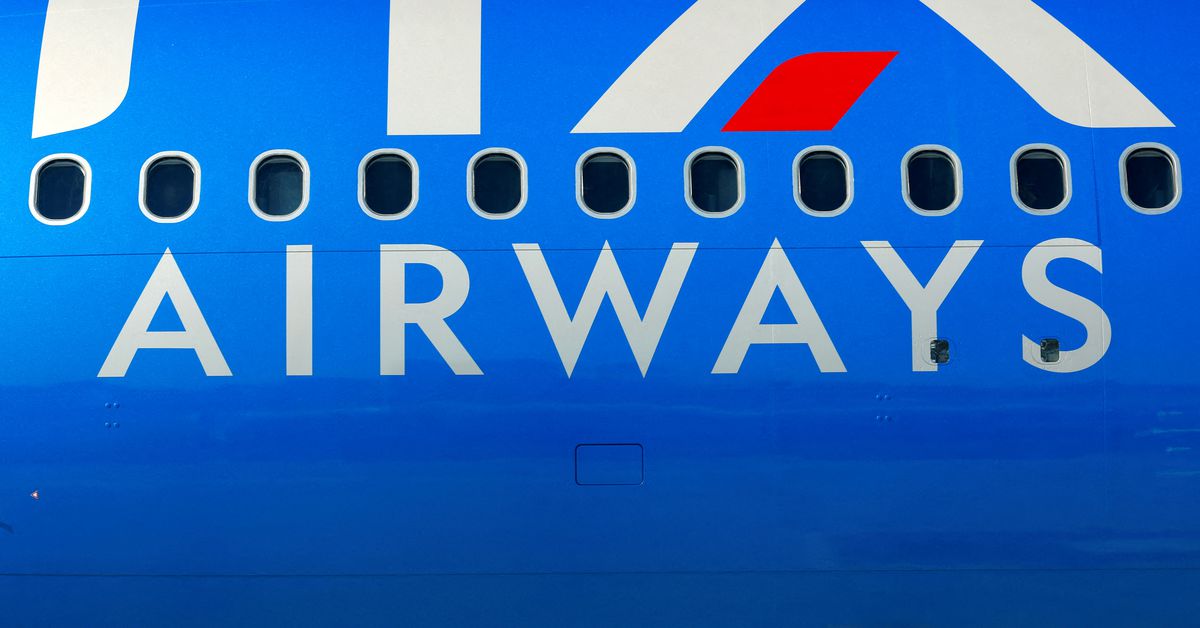 The logo of the new state-owned Italian carrier Italia Trasporto Aereo is seen on an aircraft with the new blue livery at Fiumicino airport ahead of a press conference to present the aircraft’s new fleet, in Rome, Italy, March 1, 2022. REUTERS/Remo Casilli

ROME, March 30 (Reuters) – The Italian government wants to strike a deal on the sale of state-owned airline ITA Airways by mid-June, two sources familiar with the matter told Reuters on Wednesday.

ITA took over from Alitalia in October, firmly entrenching the 75-year-old symbol of Italian style and glamour, after years of financial losses and failed rescue attempts. Read more

Shipping group MSC and Germany’s Lufthansa (LHAG.DE) have expressed interest in buying a majority stake in ITA and have asked for a 90-day exclusivity period to iron out the details of an acquisition. But Rome opted for a market-based procedure aimed at keeping the door open to other potential suitors.

The government led by Prime Minister Mario Draghi wants a privatization deal in place before the start of the summer, one of the sources said, asking not to be named due to the sensitivity of the issue . Draghi’s office declined to comment.

Under a government decree that took effect earlier this month, Rome plans to privatize ITA through a direct sale or public offering while retaining a minority and non-majority stake initially.

Last week, the Treasury selected Equita and Gianni & Origoni as financial and legal advisers, stepping up its efforts to find strategic partners.

The ministry has mandated advisers to review expressions of interest for the carrier and the shortlist of suitors who will be admitted to the data room, a third source said.

Under a deal with the European Union, Rome can pump up to 1.35 billion euros ($1.51 billion) into the carrier by 2023. A privatization deal would reduce financial support given by the State, limiting the costs for Italian taxpayers.

Last year, the Treasury paid a first installment of 700 million euros. It is expected to inject an additional €400m in April, with another €250m expected next year.

Over the past few decades, Alitalia has unsuccessfully attempted to strike alliances with Air France (AIRF.PA) and, more recently, the Gulf airline Etihad.

Delta Air Lines Inc (DAL.N) said last week it wanted to deepen its business ties with ITA Airways but was not interested in taking a stake in the carrier.

Reporting by Giuseppe Fonte in Rome and Francesca Landini in Milan