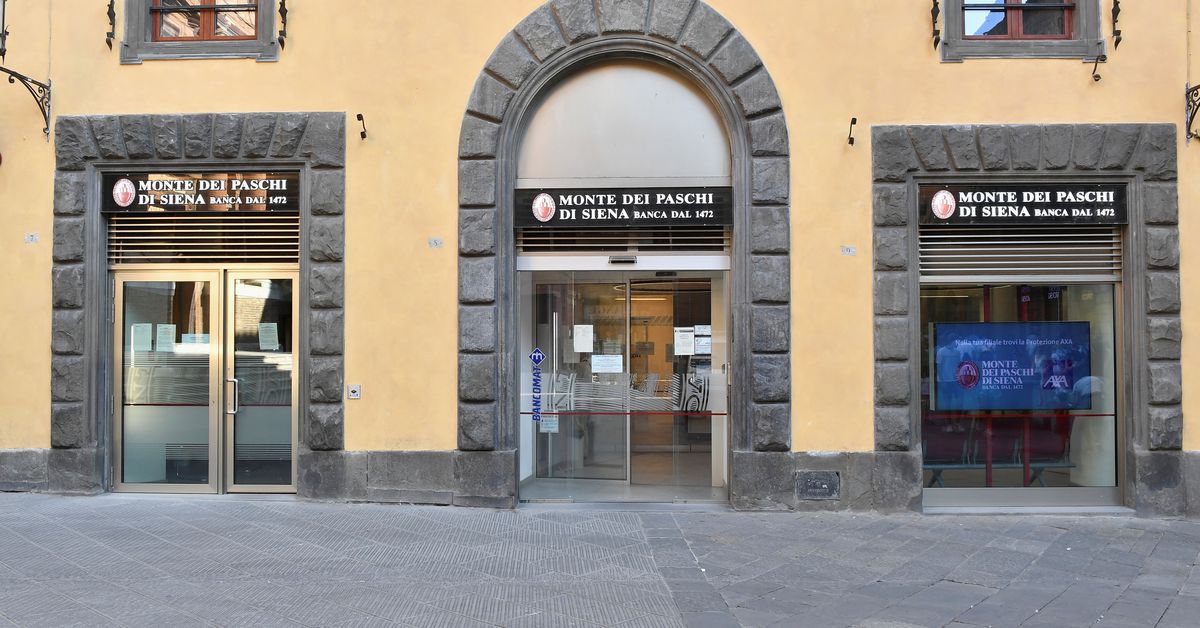 General view of a branch of Monte dei Paschi di Siena (MPS), the world’s oldest bank, which is facing mass layoffs as part of a proposed corporate merger, in Siena, Italy, on August 11, 2021. REUTERS/Jennifer Lorenzini

Under new CEO Luigi Lovaglio, Monte dei Paschi (MPS) is revising a 2022-2026 strategic plan prepared by the previous management which must be approved by European authorities.

Economy Minister Daniele Franco told a parliamentary hearing that the bank will know once the plan is ready, how much money it needs to raise. For now, the capital raising of 2.5 billion euros envisaged by the existing plan seems adequate, he added.

A seasoned UniCredit (CRDI.MI) executive, Lovaglio is expected to prepare his strategy for MPS in June and complete the fundraising in October, based on an internal MPS document seen by Reuters.

The turnaround will then prepare the bank for sale, Franco said, after Rome last year failed to strike a deal with UniCredit (CRDI.MI).

“It is reasonable to expect that after the capital increase and the restructuring measures envisaged in the new business plan, the best conditions will be created for privatization,” Franco told lawmakers.

Italy is negotiating with European Union authorities for a one-year extension of the end-2021 privatization deadline for MPS, which Rome missed because UniCredit backed out of a possible acquisition of the bailed-out rival in October. .

“We believe the Commission has no choice but to grant a reasonable extension…we tried to sell the bank,” Franco said.

Franco said the new plan would build on the existing one and take into account the latest developments. MPS warned that the Ukrainian crisis could affect its cash requirements.

While direct exposure to Russia and Ukraine is very low, the MPS could suffer from the impact of the conflict on the Italian economy, which the government expects to grow around 3% this year compared to the previous target of 4.7% set last fall.

“We’ll see what the figure will be. For now, I think 2.5 billion euros can be considered sufficient,” Franco said.

In a challenge to the Treasury and the bank, the proposed share issue will also require private investors to contribute to avoid breaching EU state aid rules. These provisions impose losses on private investors before taxpayers’ money can be used to help a failing bank.

“The capital raise will require a credible plan and good execution skills in order to attract resources and private investors,” Franco said. ($1 = 0.9115 euros)

How Italian Foods Like Pizza and Pasta Got Americanized