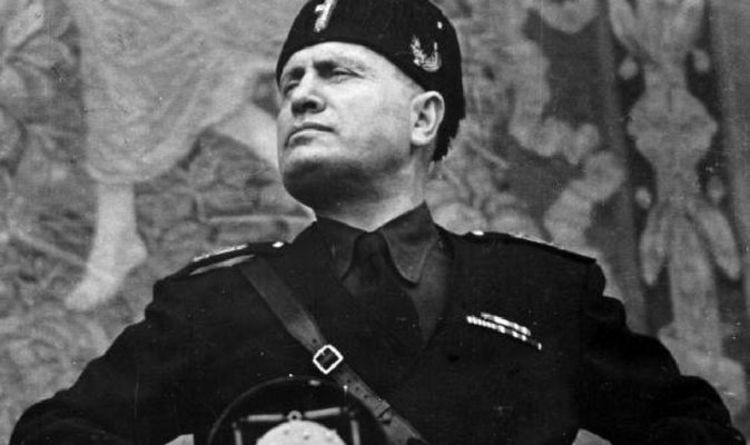 An Italian undersecretary for the economy has resigned after causing an uproar by saying that a park in his hometown should be renamed in honor of the brother of fascist dictator Benito Mussolini. Right-wing Lega member Claudio Durigon said earlier this month his party is committed to restoring the park’s original name to Latina, a town of around 120,000 in central l ‘Italy, to Arnaldo Mussolini.

Arnaldo was a journalist who helped forge the propaganda campaign for the Italian fascists. He died of a heart attack in 1931.

The park was renamed in 2017 to commemorate Giovanni Falcone and Paolo Borsellino, two senior anti-Mafia magistrates murdered by the Sicilian Mafia in 1992.

Latina was founded in 1932 under the fascist regime and is associated with Mussolini.

“It was our story that someone wanted to undo by changing the name of this park,” Durigon told supporters at a rally, speaking alongside Lega leader Matteo Salvini.

He added: “It has to become Mussolini Park again.”

His comments sparked a political backlash, with center-left parties within the broad unity government, which includes Lega, claiming they would present a motion of parliamentary censure to the undersecretary unless he resigns. .

With the controversy showing no signs of slowing down, Mr. Durigon resigned Thursday evening, admitting he made a mistake and apologizing to the families of the Mafia victims.

In his resignation declaration, the deputy of Latin origin declared: “I have never been a fascist but I am sorry”.

He apologized to the victims of the Mafia and their relatives.

Mr. Salvini said that Mr. Durigon “washes his post out of love for Italy and the League, and not to slow down government action”.

“Fascism and communism are not coming back, I am worried about the disembarking of migrants,” Salvini said.

“So I thank Claudio for showing love for Italy and Lega.”

Mr Durigon, who will turn 50 next month, was the architect of the Lega’s flagship “quota 100” early retirement program, for which Mr Salvini reiterated his praise.

It received support from Caio Mussolini, 53, great-grandson of Benito Mussolini, who said: “Why don’t we have a referendum to let people choose the name?

Mr. Mussolini is adviser to the Brothers of Italy, the party of Giorgia Meloni.

He added: “The dropping of the name of the park was part of a culture of ridiculous cancellation.

“Falcone and Borsellino were giants but the name should have been kept.

“Couldn’t they have built a new park in their name? “

Despite his apologies, Mr Durigon later said: “Everything in this country is reminiscent of a story that ‘politically correct’ people would like to undo forever. “

He also praised Mussolini for helping a part of Italy “which has been underprivileged and uninhabitable for too long” to prosper.