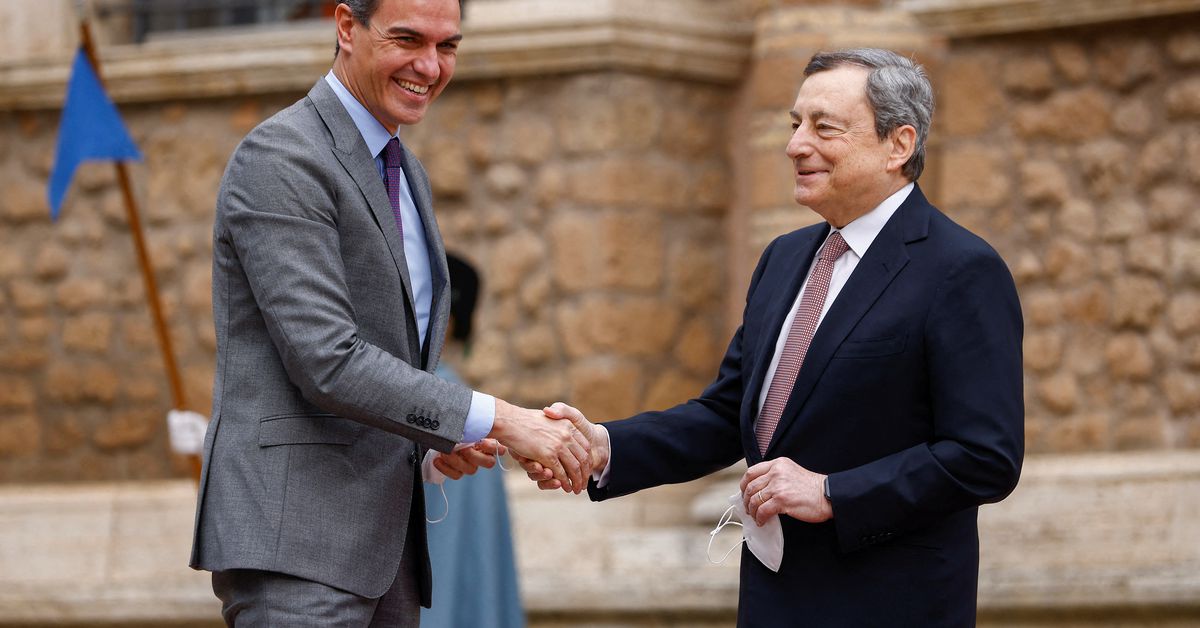 Writing on Twitter after meeting Spanish Foreign Minister Jose Manuel Albares, Di Maio said both countries confirmed their strong condemnation of the Russian war and their support for the Ukrainian people.

In March, Italian Prime Minister Mario Draghi said he had discussed with his Spanish counterpart Pedro Sanchez the idea of ​​building a gas pipeline between the two countries as part of plans to wean Europe off Russian gas. Read more

Italy, which sources around 40% of its gas from Russia, tried to find alternatives and diversify its supply after the invasion of Ukraine.

Spain has the largest regasification capacity in Europe, but transporting gas to Europe through the Pyrenees has been a problem due to bottlenecks.

In order to reduce its dependence on Russia, the Draghi government has signed agreements in recent weeks to boost imports from several African countries. Read more

As part of an agreement with Algeria, Sonatrach will gradually increase the flow rates of the Transmed gas pipeline from this year and will reach 9 billion cubic meters of additional gas per year by 2023-24. Read more

A source from Italy’s foreign ministry has denied press reports of tensions between Rome and Madrid, fearing increased flows to Italy could have a knock-on effect on supplies to Spain.

Relations between Spain and Algeria deteriorated after Madrid moved closer to Morocco’s position on Western Sahara. However, former Algerian leaders and energy officials have said the country is unlikely to use gas as a pressure point. Read more