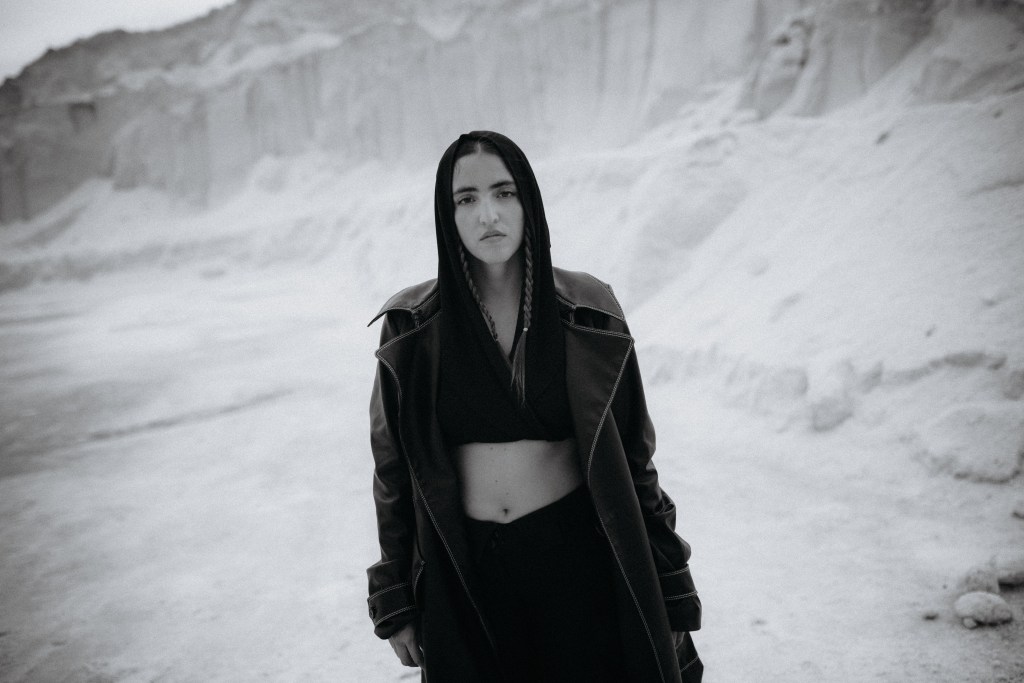 In Joan Thiele’s last song “Proiettili”, which means “Bullets” in Italian, a verse recites: “I will stay closer and closer to my dream”.

With two albums, another in preparation and “Proiettili”, the official song of the film “Ti Mangio il Cuore”, which premiered at the Venice Film Festival in September, Alessandra Joan Thiele, alias Joan Thiele, regularly performs her dream. true.

“I can’t remember when I decided I wanted to be a singer and a musician, but since I was little I always knew I wanted it to be my job and my life,” says Thiele.

Her journey to success hasn’t been all glitz and glamour. At 20, after a brief period in the UK where she gained some experience in the music industry, Thiele returned to her hometown on the shores of Lake Garda in Italy.

“At that time, my parents rightly told me that if I wanted to turn my passion into a job, I had to support myself,” says Thiele, now 31. and pubs – wherever I could make money. Then I was noticed by an agent and from that moment everything changed.

It also changed the way she crafted her own music, as she decided to switch from singing in English to her mother tongue, Italian. Although she was aware that this could close her to a certain audience that she had built up over the years, Thiele felt the need to link her “musical identity to my cultural identity and with English I could not find my own size. She also explains that “when I was younger I used to sing in English because I thought it might open more doors and maybe that was the only reason I did it.”

Despite the unconventional choice, Thiele remains relevant through the fusion of various musical styles and genres and the inspirations she draws from her background. “I was born in Colombia because my father lives there, then at the age of six I moved to Italy with my mother. I’ve always been drawn to different cultures and it’s funny because every time I fly to Colombia changes happen in my life. So I always associate travel with that.

This year marked an important milestone for Thiele, as she was chosen to write and produce the official soundtrack for Pippo Mezzapesa’s latest film, “Ti Mangio il Cuore”. “Working for this project was a great and interesting experience. My music is very visual and cinema is its sublimation, so it fits perfectly,” she observes.

The film is based on the investigative novel of the same title written by Carlo Bonini and Giuliano Foschini and is inspired by the true story of Rosa Di Fiore, the first state informant from the Gargano mafia, which mainly operated in the Puglia region around the 70s and 80s.

Thiele explains that “Even though it is a dramatic and violent film, it also shows a sense of freedom as Marilena [the main character, played by Italian singer and actress Elodie] decided to do an act of extreme courage. So I wanted to focus the song on that.

The song also features Elodie and was produced by Thiele with Emanuele Triglia, who also curated the text in collaboration with another important Italian artist, Elisa.

Thiele’s multi-faceted art also includes a “non-superficial relationship with fashion”, as she likes to describe it. Indeed, last year, Thiele was seen wearing head-to-toe designer looks, such as Serhat Işık and Benjamin A. Huseby’s black Trussardi leather dress that she wore to the film’s premiere in Venice. or the vintage Valentino Couture ensemble worn at the Sustainable Fashion Awards in Milan. She was also seen sitting front row at the Loewe show held in Paris during fashion week.

She “respects and admires fashion” and believes that “clothing can definitely enrich a musician’s work and what they want to express, especially now that everything has become so visual. I always say my music is whimsical, not tied to an image and I believe fashion often tells a story. My favorite designers are Antonio Marras, Gianfranco Ferrè, Jonathan Anderson and recently I also started following the work of Daniel Del Core [who is behind the brand Del Core].”

Thiele has just finished his summer tour in Italy. But she doesn’t pause.

“I’m currently focused on giving my best for the album I’m working on. I still can’t say when it will be released, but it will be very soon.

Can Meloni learn from Berlusconi’s failures?