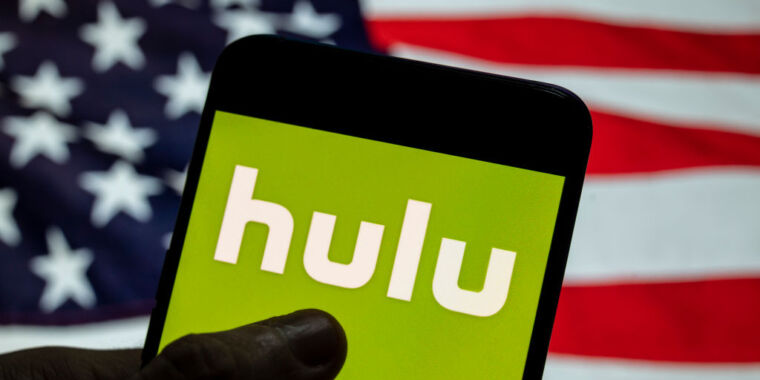 [Update: On Wednesday, the Walt Disney Company, which owns Hulu, announced it officially changed Hulu’s policy to accept political ads on controversial issues. The Los Angeles Times published the statement: “Disney is now aligning Hulu’s political advertising policies to be consistent with the company’s general entertainment and sports cable networks and ESPN+. Hulu will now accept candidate and issue advertisements covering a wide spectrum of policy positions, but reserves the right to request edits or alternative creative, in alignment with industry standards.”]

Last year, Hulu increased its ad-supported subscriptions by a dollar, shortly after encouraging subscribers to submit more comments on ads. Since 2017, vocal members of the Hulu community have complained of seeing the same political ads “1,000 times,” with some saying they repeatedly received ads from Republicans spreading misinformation. After President Biden was elected in 2020, others complained about “Democratic propaganda”. Many have suggested that Hulu is not the place for political ads, with a post featuring Hulu’s new policy of “no political ads” garnering over 2,000 votes.

At least one forum subscriber has claimed that, regardless of the content, Hulu is financially motivated to sell political ads, but this week Hulu took action that appears to address subscribers’ longstanding complaints, by blocking more political advertisements. Democrats claimed Hulu blocked political ads addressing key party issues such as abortion rights, gun control and climate change, sparking an entirely different reaction and a rallying cry on Twitter to #BoycottHulu.

“Hulu’s censorship of the truth is outrageous, offensive, and represents another step down a dangerous path for our country,” the executive directors of the Democratic Senatorial Campaign Committee, the Democratic Congressional Campaign Committee and the Democratic Governors Association said at the Washington Post in a statement. “Voters have a right to know the facts about MAGA’s Republican agenda on issues like abortion — and Hulu is doing the American people a huge disservice by preventing voters from learning the truth about the tally of the GOP or refusing to allow these issues to even be discussed. ”

On July 15, Democratic groups said they tried to buy joint ads ahead of the midterm elections on Hulu. The spots advocated for more abortion rights and gun control. The same ads ran smoothly on platforms like YouTube and Facebook. They hoped the ads would also run on Hulu, catching the attention of Hulu subscribers between the ages of 13 and 54, who are known to sit and binge on shows for hours on end and overwhelmingly prioritize Hulu as a form of entertainment. prominent above all.

These are audiences political committees say they cannot reach with campaign ads on traditional media like cable television, which are “bound by the Communications Act of 1934, a law that requires television networks to provide politicians with equal access to the airwaves”. Hulu is not bound by the same law, and only Hulu knows what is and is not allowed to be discussed in the political ads it serves to its streaming video audience.

The Washington Post reported that these new complaints about Hulu’s “unwritten politics” add to a “growing list” of political ads censored by Hulu for “mentioning gun violence, abortion, or political violence” such as the January 6 committee investigation. An earlier complaint from another Democrat involved a recommendation by Hulu to remove the word “climate change” from an ad.

So far, Hulu has not commented on the controversy and did not immediately respond to Ars’ request for comment. An unnamed source “familiar with Hulu’s policies” on internal affairs told the Washington Post that “the company does not publicly disclose its advertising guidelines but that [it prohibits] advertising that takes a position on a controversial issue, whether or not it is political advertising. Ads are reviewed on a case-by-case basis, with changes sometimes recommended to advertisers. »

The anonymous source also said that Hulu would accept ads discussing abortion and gun violence, but “it has to be in context.” One example demonstrating how context can influence review decisions is an ad Hulu reviewed about the Jan. 6 attack on the Capitol building. The ad was only allowed to run after the footage of the attack was removed. Once that footage was replaced with a video of Donald Trump, the ad was approved.

Inter could go all out for Udinese’s €30m-rated Destiny Udogie rather than spend on defence, Italian media suggest