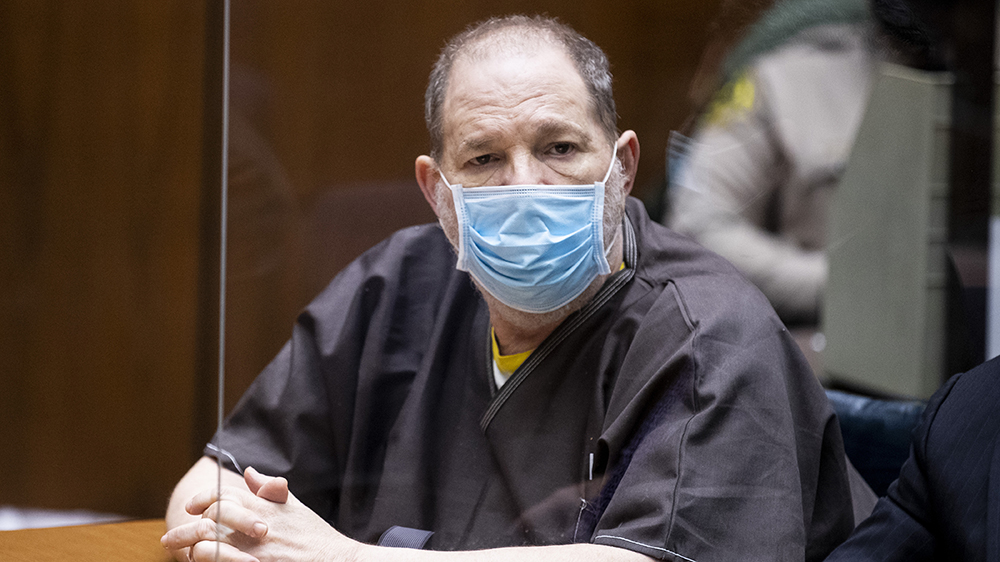 Harvey Weinstein’s second trial will begin this week in a Los Angeles courtroom, in a case that promises to be more sprawling and complex than his first trial in New York.

The trial is expected to last up to two months, as Weinstein faces testimony from nine sexual assault accusers – compared to six in New York. Jury selection begins Monday and is expected to take at least two weeks as both sides seek to weed out jurors who might be harmed by the pervasive publicity ahead of trial.

Weinstein, 70, is already serving a 23-year sentence after being convicted of rape and sexual assault two years ago. The New York Court of Appeals has agreed to hear his case, but a conviction in Los Angeles – where he faces up to 140 years behind bars – could effectively guarantee that he will never be free.

The Los Angeles trial will be similar to the first trial in many ways. One of the Los Angeles victims, Jane Doe #2, even testified as a supporting witness in New York. The prosecution is expected to argue that Weinstein used his power and the promise of career advancement to lure women into hotel rooms, where he sexually assaulted them. The defense should argue that the women are lying and that some of them had consensual relationships with Weinstein afterwards.

Weinstein faces 11 charges involving five women, spanning from 2004 to 2013. The women will be referred to as Jane Does 1 through 5 in court, although their identities may become clear once the trial continues.

Jane Doe 1 is an Italian model who alleges that Weinstein raped her at his hotel during the LA-Italia film festival in February 2013. Prosecutors have already begun taking testimony from two witnesses related to his allegations. A limousine driver, Alfred Baroth, testified in February that he drove Weinstein from Van Nuys airport to the festival and then took him to the Peninsula Hotel in Beverly Hills. The woman alleges Weinstein showed up late at night at the Mr C. Hotel, which is adjacent to Beverly Hills, and forced his way into her room.

Prosecutors also heard testimony last week from Pascal Vicedomini, the festival’s producer. Vicedomini appeared via Zoom and spoke through an Italian interpreter. The interrogation dragged on for several hours and was videotaped with the idea of ​​potentially playing it for the jury.

Vicedomini reportedly introduced Jane Doe 1 and Weinstein, though he doesn’t remember much of the encounter. He was also asked if Jane Doe 1 asked him to help return Weinstein’s jacket, which he supposedly left in his hotel room after the alleged attack. Vicedomini had no memory of it either.

“I don’t know what jacket you’re talking about,” he said.

Judge Lisa B. Lench allowed four additional women to testify as so-called witnesses to “prior wrongdoing.” Such testimony was used in Weinstein’s first trial and in the Bill Cosby trials. The prosecution wanted to call 15 women to testify, although the judge excluded 10 of those witnesses, including Daryl Hannah and Rose McGowan. An additional witness – known in court only as Miss I. – changed her mind and decided not to testify, leaving the prosecution with just four.

The jury is also expected to hear from friends and confidants of the accusers, with whom they allegedly shared their allegations at the same time.

To complicate matters for the defense, Universal will release “She Said” — a feature film about the two New York Times reporters who broke the Weinstein scandal five years ago — midway through the trial. The film, produced by Brad Pitt and starring Zoe Kazan and Carrie Mulligan, will debut Thursday at the New York Film Festival and hit theaters November 18.

“It’s guaranteed to be a big issue in the public consciousness,” argued Mark Werksman, one of Weinstein’s lawyers, asking for a postponement of the case in August.

Lench denied the request, saying she would ask jurors not to watch the film.

“I don’t think there will be a time when there will not be media coverage regarding this case,” she said.

History of the Austro-Daimler ADS R