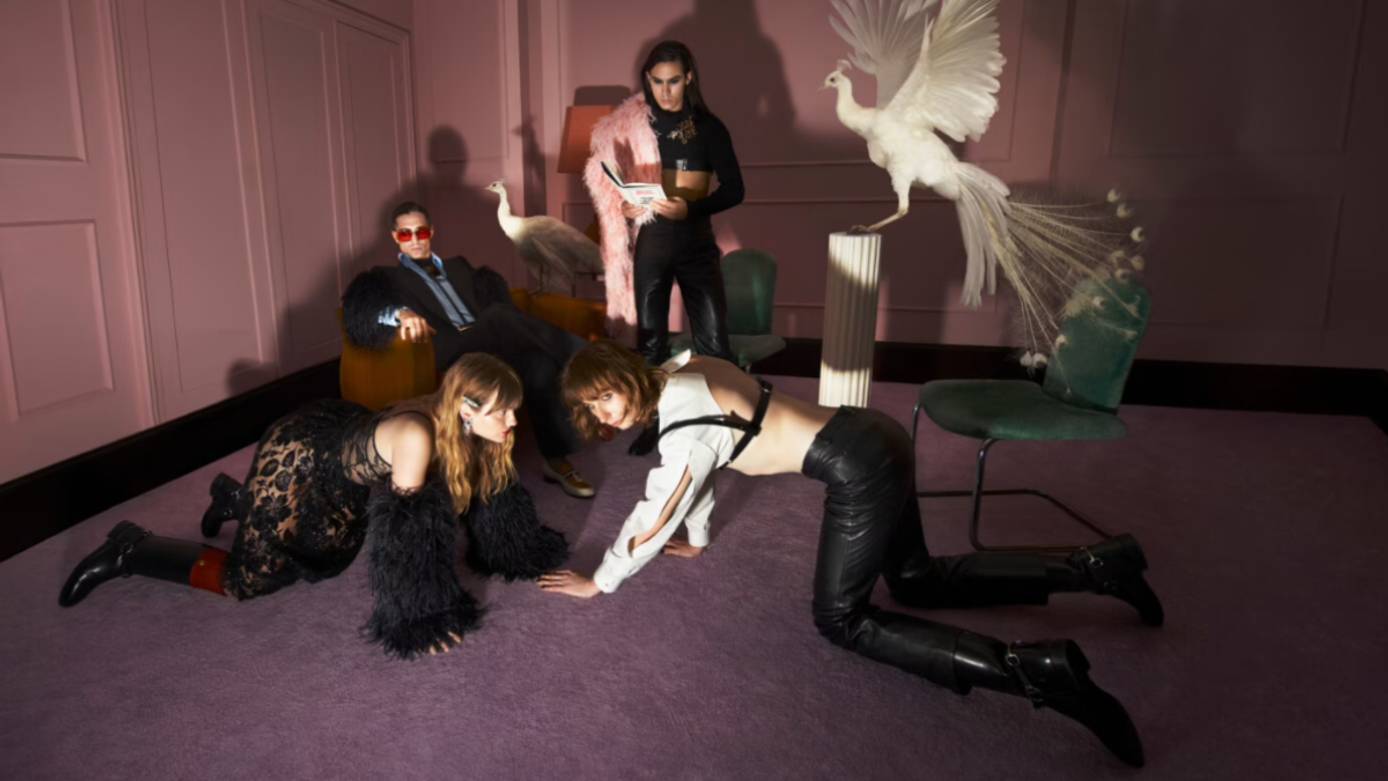 Alongside a star cast, personally chosen by Gucci Creative Director Alessandro Michele, Italian tops Måneskin have made their mark, each adorned with key looks from the AW21 collection. The campaign closely follows Måneskin’s latest music video for their song “I Wanna Be Your Slave”, in which the band is also dressed head-to-toe in Gucci. With now over 40 million views, the video confirms the band’s flourishing success after winning the annual Eurovision Song Contest in Europe.

Fitting in perfectly with the rock and roll aesthetic of the Aria season, the group presented a selection of genderless outfits that were unveiled earlier in the year in homage to Tom Ford’s tenure at home. A point of particular attention fell on the 1961 Jackie bag as part of Gucci’s collaboration with Balenciaga which was presented alongside the main collection.