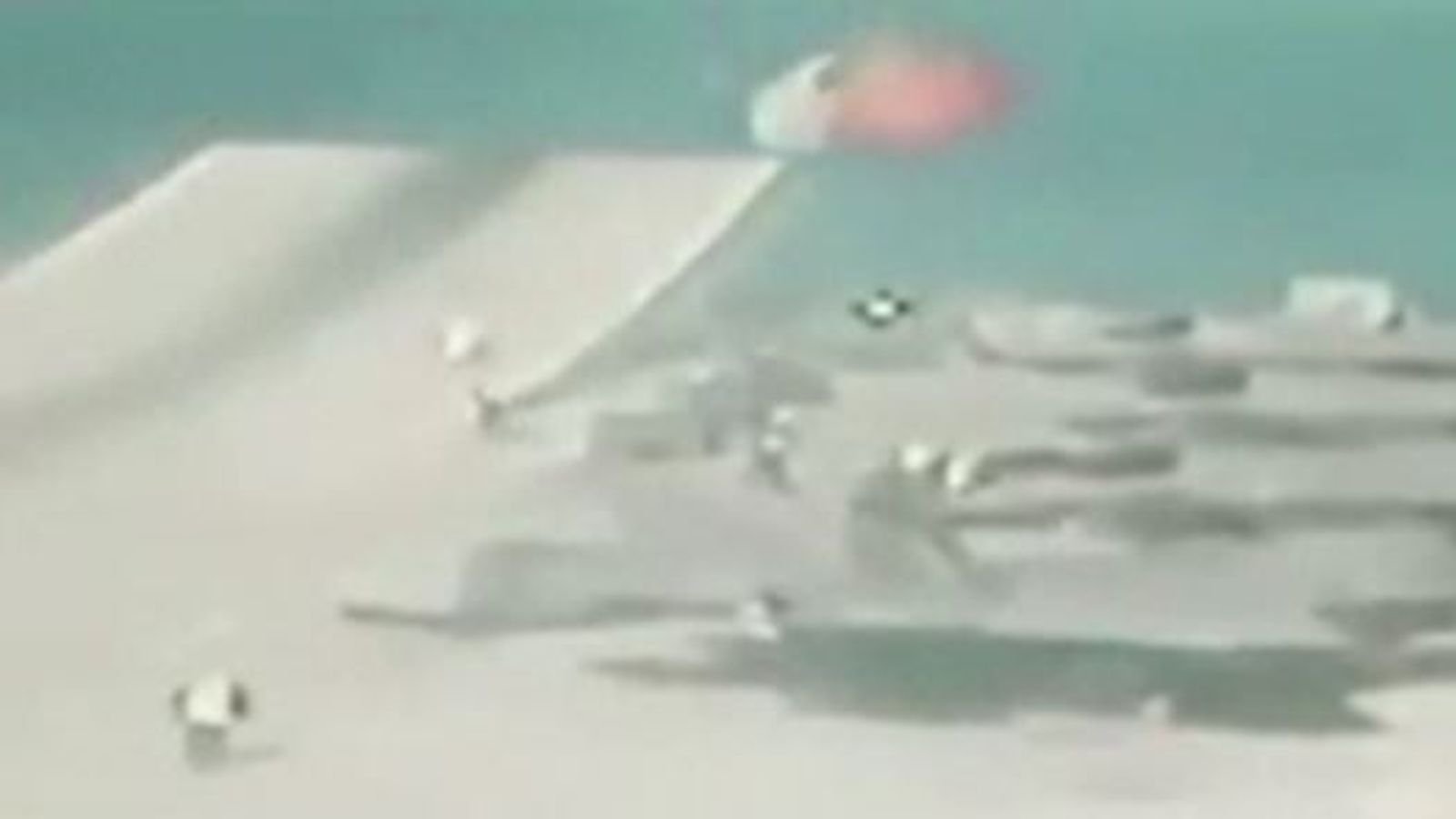 The wreckage of an F-35 fast jet that plunged from the UK’s flagship aircraft carrier has been recovered from the depths of the Mediterranean and a sailor has been arrested for allegedly leaking video footage of the crash.

The recovery of the £ 100million warplane followed a top-secret seven-day recovery operation by British, Italian and American crews to prevent the plane, its radar and sophisticated sensors from falling between hostile hands.

Defense sources said they were “pleasantly surprised” at the speed of the recovery and were “confident” that the F-35’s sensitive equipment had not been compromised.

It is understood that the jet was over a mile underwater after overturning the runway of HMS Queen Elizabeth last month during routine flight operations.

The incident marred the final leg of a seven-month global voyage by the aircraft carrier and a group of escort ships to the Far East and back.

The F-35B jet fell into the sea without ever taking off, according to leaked footage, and the pilot ejected safely.

In another twist, it emerged on Tuesday that a sailor was arrested for leaking the 16-second video clip of the F-35 crash, which went viral on social media last week.

The images emerged on Twitter shortly after the incident, after someone placed a phone in front of a computer screen to copy a CCTV recording from the control tower of HMS Queen Elizabeth.

The arrested sailor is believed to have been brought back from the aircraft carrier to the UK. While the film was of poor quality and was operationally insensitive, the fact that it was leaked would have angered naval chiefs.

It’s unclear what caused the crash, but one theory put forward is that something – like a plastic rain cover – may have been sucked into the plane’s engine, causing it to fail.

It is understood that the wreckage will be taken to a naval base in the Mediterranean and, although sources have indicated that this base is owned by an “ally”, no further information has been given.

A spokesperson for the Ministry of Defense said: “The recovery operations of the British F-35 in the Mediterranean Sea have been successfully completed.

“We thank our NATO allies, Italy and the United States of America for their support during the recovery operation.”

The F-35 was then one of eight similar planes aboard HMS Queen Elizabeth.