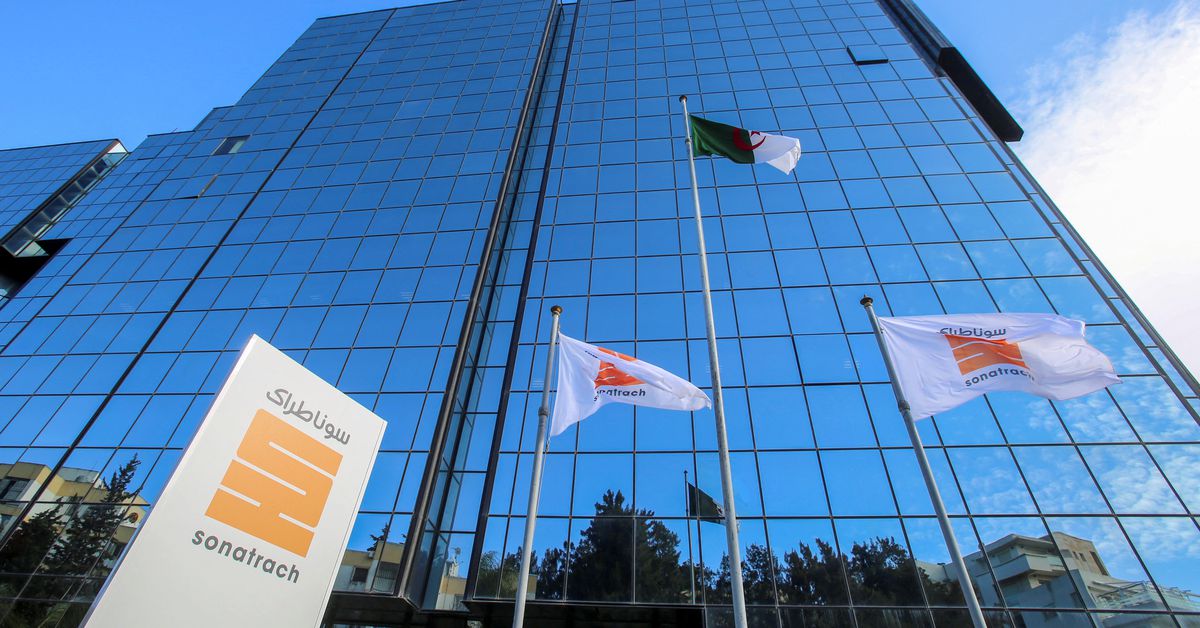 MILAN, May 26 (Reuters) – Energy group Eni (ENI.MI) and Sonatrach have signed an agreement to accelerate the development of gas fields in Algeria and the development of green hydrogen, as part of measures to increase the North African country’s gas exports to Italy.

Italy, which sourced around 40% of its gas imports from Russia last year, has been scrambling to diversify its energy supply as the conflict in Ukraine escalates.

Algeria, Italy’s second gas supplier last year, has been bringing Algerian gas to the Italian coast since 1983 via the Transmed gas pipeline, which goes to Sicily.

The expected gas production volumes from the areas covered by Thursday’s agreement are equal to some 3 billion cubic meters (bcm) per year and will help increase Algeria’s export capacity to Italy via the pipeline. Transmed, Eni said.

The signing is part of the agreement reached by the two energy groups in April, when they announced that they would gradually increase gas flows in the pipeline from this year and would reach 9 billion cubic meters (bcm) of additional gas per year by 2023-24. Read more

The memorandum of understanding was signed in Rome by the leaders of the Italian and Algerian groups during a ceremony attended by Algerian President Abdelmadjid Tebboune and Italian Prime Minister Mario Draghi.

The agreement will allow Sonatrach and Eni to assess gas potential and accelerated development opportunities on specific fields already discovered by Sonatrach in Algeria.

The protocol also covers the technical and economic evaluation of a green hydrogen pilot project at Bir Rebaa Nord (BRN) in the Algerian desert, with the aim of supporting the decarbonization of the BRN gas plant operated by the SONATRACH-Eni GSE joint venture.

Eni is the main international energy company operating in Algeria, where it has been present since 1981.

In the race to reduce Rome’s dependence on Russian gas, Italian ministers have appealed to many countries such as the Republic of Congo, Angola, Azerbaijan and Qatar.