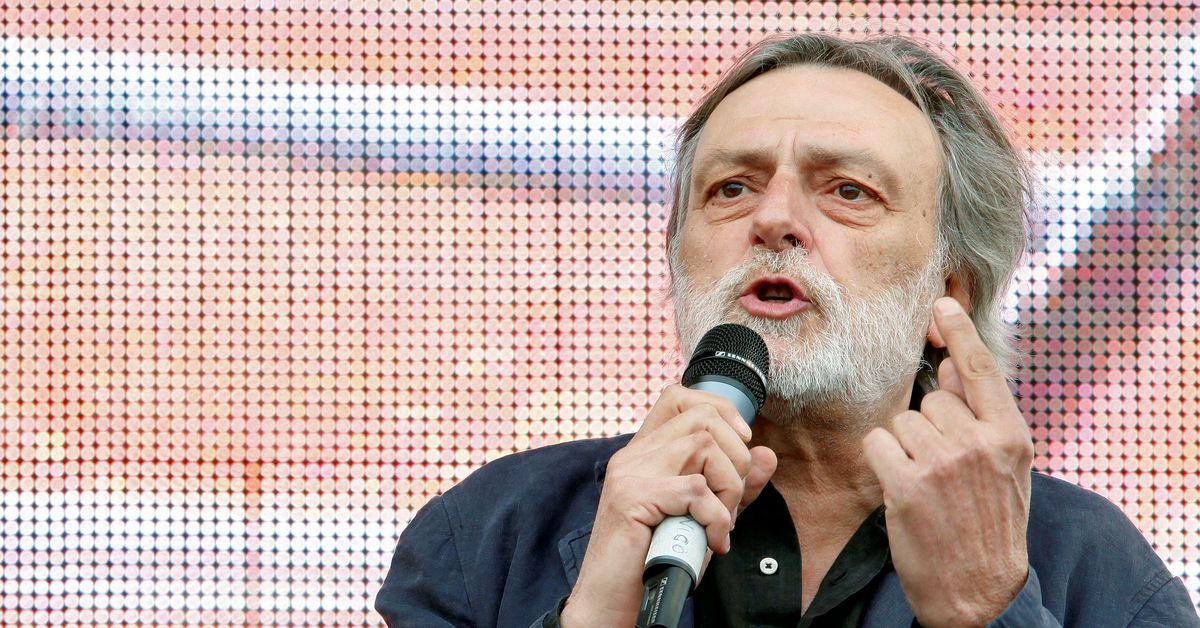 Gino Strada, leader and founder of the Italian medical charity Emergency, speaks during a demonstration in Rome on April 17, 2010 against the arrest of three Italian rescuers in the Afghan province of Helmand. The Italian medical charity Emergency said on Friday that foreign troops, especially the British army, could be behind the arrest of the three Italian aid workers. REUTERS / Alessia Pierdomenico (ITALY – Tags: CIVIL UNREST CRIME LAW POLITICAL) / File Photo

ROME, Aug.13 (Reuters) – Gino Strada, founder of one of Italy’s largest charities and builder of hospitals in war-torn countries, died on Friday at the age of 73, a announced its Emergency medical charity.

A surgeon and anti-war activist, Strada founded Emergency in 1994 to help civilian casualties, providing healthcare in conflict zones around the world, including Iraq and Afghanistan.

He had recently suffered from heart problems, Italian media reported.

Since its first project in Rwanda in 1994, Emergency has treated around 11 million patients, the group’s website says, working in 19 countries to set up hospitals and health facilities.

A well-known public figure in Italy, Strada was sometimes presented as a possible minister, but his intransigent ideas against war and racism made him political enemies, especially on the right, and prevented him from performing his duties.

“He has spent his life on the side of the weakest, working with professionalism, courage and humanity in the most difficult regions of the world,” Prime Minister Mario Draghi said.

Criticizing most Italian governments on their immigration and defense policies, Strada opposed Rome’s military involvement in Iraq and Afghanistan and became a symbol of the country’s peace movements.

His Twitter profile contains a quote from Albert Einstein: “War cannot be humanized. It can only be abolished.

Strada also denounced the Italian health policy, which he said favored private clinics to the detriment of quality public facilities for all.

Strada published his last press article in the daily La Stampa on Friday on the advance of the Taliban insurgents in Afghanistan, where he spent seven years, fiercely criticizing the United States and the Western powers. Read more

“We said 20 years ago that this war would be a disaster for everyone. Today, the outcome of this aggression is before our eyes: a failure from all points of view,” he wrote.

Strada’s daughter, Cecilia, a former president of Emergency, was not with her father at the time of her death as she was aboard a boat rescuing migrants in the Mediterranean.

“I was not with him, but of all the places I could have been … well, I was here … saving lives. That’s what my mom and dad told me. they learnt”.