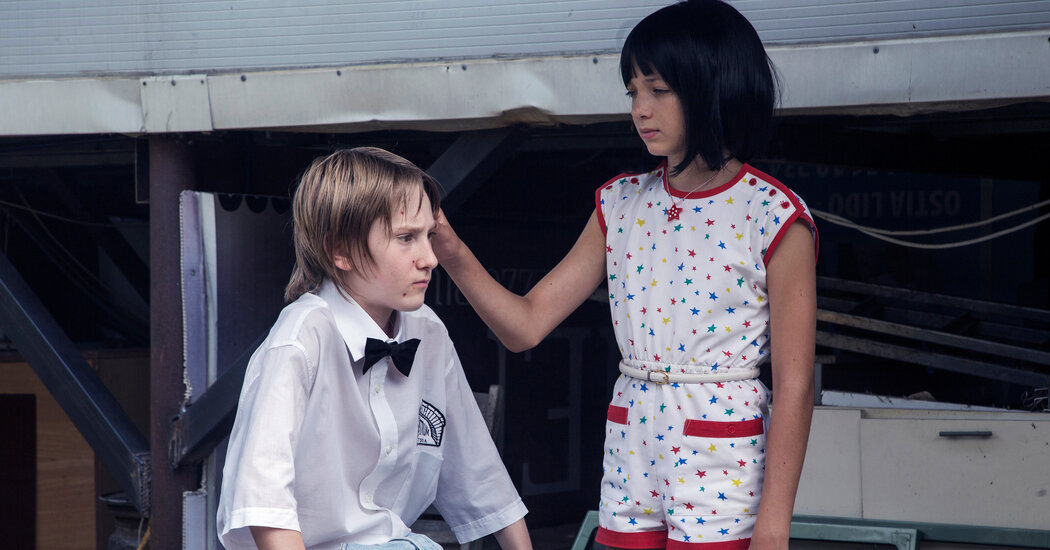 
“Bad Tales” is about the miserable, sometimes comical, sometimes tender interactions of a group of families in an exurban development on the outskirts of Rome. A narrator introduces the story with a convoluted account of finding a young girl’s diary and continuing to write in it with his own adult male voice.

The ensuing chronicle of lust, envy, dysfunction and tragedy alike mixes the perspectives of adults and children alike, with a confusing, sometimes frightening effect. In the haze and languor of an Italian summer, three households become blurred, each dominated by a father with an aggressive haircut. These fathers all have middle-aged sons and daughters whose awkward sexual awakenings are viewed with semi-nostalgic itching.

The ambiance of “Bad Tales”, the second feature film written and directed by brothers Damiano and Fabio D’Innocenzo, might remind some viewers of the lesser work of Todd Solondz. The characters are suburban middle class grotesques, their efforts and illusions are treated with a mixture of compassion and contempt. In the end, they are punished with a sadism that registers either the depth of their horror or the cruelty of the universe.

After catching lice in a neighbor’s pool, a girl has her hair cut short and later appears in an unflattering wig. Her mother takes her on a game date with an excruciatingly shy boy who is supposed to infect her with measles. A slightly older girl is pregnant. At least two boys are making bombs in their rooms. As capricious as these children can be, their parents are worse – cranky, conceited, selfish, competitive, sexually confused …

Disgusting situations are played out with unmoved sincerity by the younger cast members and with an intensity misguided by their elders. The story is both overworked and underdeveloped, with potentially important plot details insufficiently explained or left out. Overall, the film lives up to its title, but maybe not in the way the filmmakers intended.