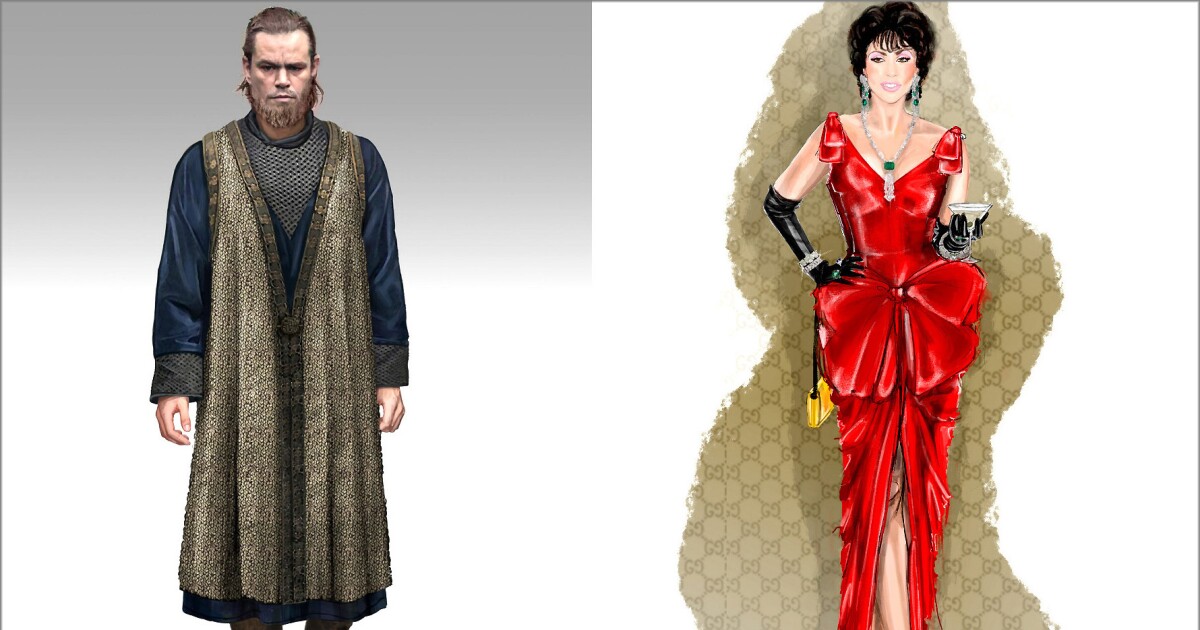 Costume designer Janty Yates, from the Middle Ages to the excessiveness of the 70s

Over the past two years, Janty Yates has been as busy as can be, creating looks for two very different films for director Ridley Scott, sometimes simultaneously. The costume designer, who has already begun preparing Scott’s next film, “Kitbag,” about Napoleon Bonaparte, was originally only signed to “House of Gucci.” That was until Matt Damon and Ben Affleck suddenly showed up with the historical epic “The Last Duel.”

“I was in Rome at the time, just on vacation,” Yates recalled of boarding Lady Gaga’s “House of Gucci” star. “I was having lunch with my wonderful second family, my Roman clients, and I got them together as a team and they told me about the Gucci museum. I have been there and there is so much information there [and] an incredible amount of photos and film from the 1940s showing the warehouses where they made the handbags and made the shoes. …I came back and I felt quite pleased with myself. And then Matt Damon phoned Ridley and said, “We wrote this script. Would you direct it? We are free now. So [“Gucci”] has been postponed for a year.

Yates, who has collaborated with Scott since 2000’s “Gladiator” (for which she won her Oscar), quickly shifted her focus from 1970s Gucci to the Middle Ages. Although Yates had worked in the previous period, “The Last Duel” marked his first time creating full armors from scratch. For inspiration, she turned to medieval-style Italian armor on display at the Metropolitan Museum of Art. She and her team created six armors for Damon’s character, Jean Carrouges, and six for Adam Driver’s Jacques Le Gris to wear for the titular duel. There had to be versions of the armor, constructed of plastic, that were clean, muddy, bloody, and even gored for scene continuity.

For Jodie Comer’s noble wife Marguerite, Yates wanted to show a subtle evolution throughout the film. Her costumes, while often ornate and highly detailed with layers of fabric and embroidery, reflected the character’s desire to connect with commoners – as well as Scott’s preference.

“Ridley loved the linen look and he was like, ‘Oh, isn’t she in linen today? “” Yates laughs. “We were trying to keep that for [scenes] around the estate, when she was helping the villagers and helping the serfs and all that. We’ve lined it up a bit more than expected.

Scott was also pretty specific in his memoir for “House of Gucci,” which follows the Gucci dynasty over several decades and includes lines from three full fashion shows. Yates, who says she didn’t treat the film any differently even though it was fashion-centric, was tasked with finding and creating nearly 500 costumes. For Lady Gaga’s Patrizia Reggiani Gucci, the team sourced and crafted 54 costumes, along with jewelry and accessories. Yates used very few actual Gucci pieces, although she had access to the fashion house’s archives. Instead, she sought out classic designers that Patrizia would have worn once married into the Gucci family.

“Patrizia Reggiani hardly ever wore Gucci,” confirms Yates. “She didn’t really like it. It wasn’t Tom Ford, shall we say. She loved Yves Saint-Laurent. She loved Dior. She loved Givenchy. Mostly we used costumes that my cutting team created from fabric that I found would work. Like power suits. And then we probably had 30% original vintage. I entered Tirelli, the costume house [in Rome], to put on more costumes and they said, ‘Oh, have you seen our archives?’ Well, it really was a small room the size of a church hall with probably 100 Diors, 50 Yves St. Laurents. Everything from Armani to early Versace – everything. It was fantastic what the Italians came up with.

Yates sees Patrizia as “Elizabeth Taylor with a hint of Gina Lollobrigida”, and says Lady Gaga has been intensely involved in her character’s appearance. They did more than 50 hours of fittings with the actress, who performed every scene in every costume they fitted for her (sometimes with Yates reading for her husband Maurizio). Boucheron and Bulgari lent jewelry, and Yates borrowed more than 20 jewelry trays from costume house Pikkio in Rome. “She was over the top,” Yates notes of Patrizia. “She wore her jewelry as a statement of wealth, of her money. She would wear real jewelry and tons of them.

One of the film’s highlights is the ski scene, where Maurizio wears an all-white one-piece ski suit that juxtaposes Patrizia’s red one when he meets an old flame, Paola, played by Camille Cottin. It was another Scott memoir.

“Ridley said, ‘I want Paola and Maurizio to be in white overalls,'” Yates recalled. “They had a line of dialogue that when they met, they both said, ‘Oh, you’re wearing white, I’m wearing white. I do not know you ? It was an icebreaker, but that line is unfortunately not in the film. I said to Ridley, ‘Well, if they’re in white, should we just put Patrizia in red?’ This wonderful company made the costumes. … I had had fur hats made for each of them, but when Lady Gaga arrived she said, “I’m going to have the fur hat. She doesn’t have a fur hat. Adam, of course, flatly refused to wear a fur hat. Camille ended up with my old white cashmere hat.

Yates doesn’t necessarily see a correlation between her work on “The Last Duel” and “House of Gucci” beyond the fact that she loves both films passionately. “You marry a movie when you’re working on one,” she says. “You work the most ridiculous hours. You fall completely asleep every weekend – all the free time you have, you spend it horizontally. You have no social life. It’s the whole movie. Yet, I am so lucky every day.

Fabrizio Romano: the prophet of the football market