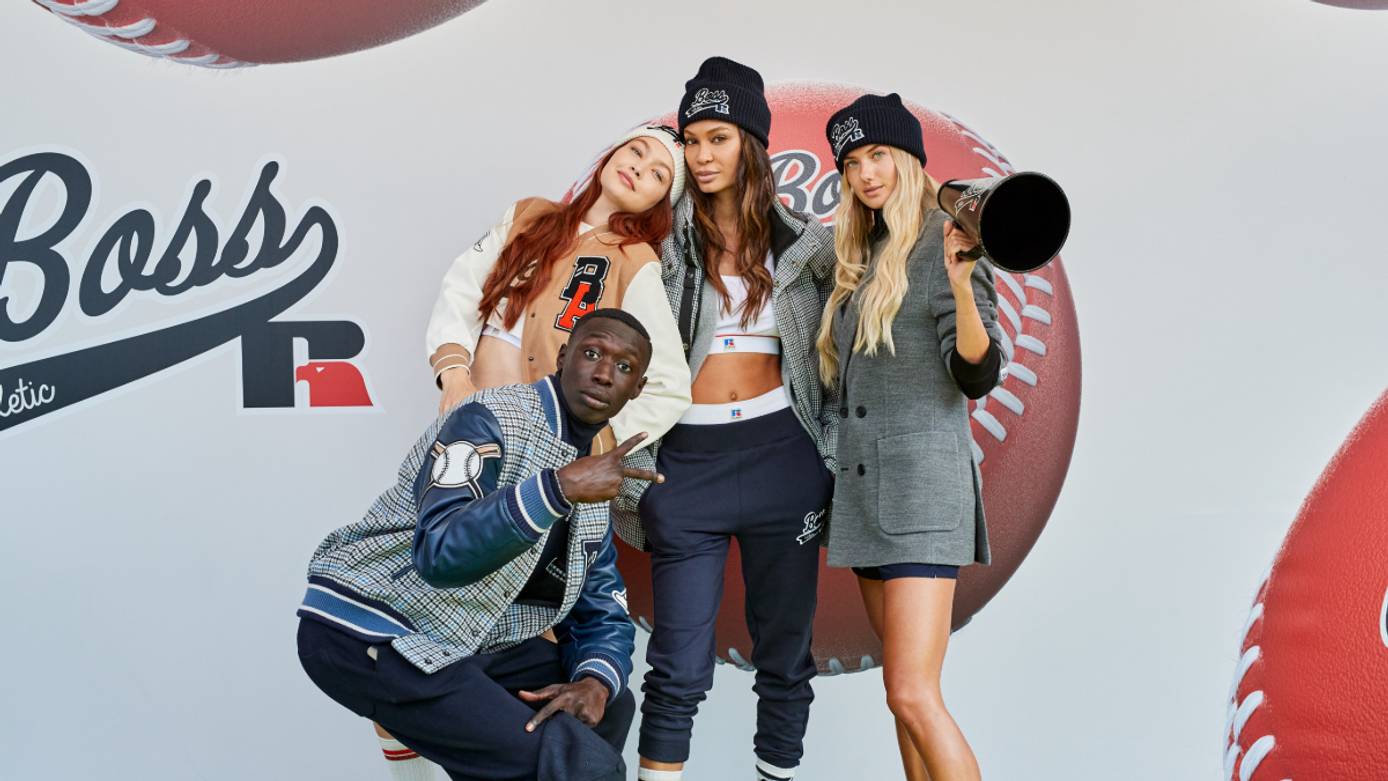 The premium brand Boss organized an event inspired by American baseball in collaboration with Russell Athletic, to celebrate the second joint collection of the two brands, as part of Milan Fashion Week.

Welcoming over 1,300 people to the Kennedy Sports Center in Milan, the audience witnessed an action-packed event based on a classic American baseball game.

Gigi Hadid opened the event with the music of a live marching band. The model was joined by other big names, such as Irina Shayk and Joan Smalls. The cast showcased a total of 60 looks from the new Boss x Russell Athletic collaborative collection, with looks inspired by American college football and athleisure styles merged with more pieces for everyday wear.

Viral TikTok star Khaby Lame closed the show with an appearance to celebrate her first partnership with the brand. Khaby has made a number of public appearances after being named the most followed Italian influencer, taking control of Chiara Ferrangi on Instagram and amassing more than 113 million followers on TikTok.

Ferrangi was also among the guests attending the show, alongside Fai Khadra, Fedez and Avan Jogia.