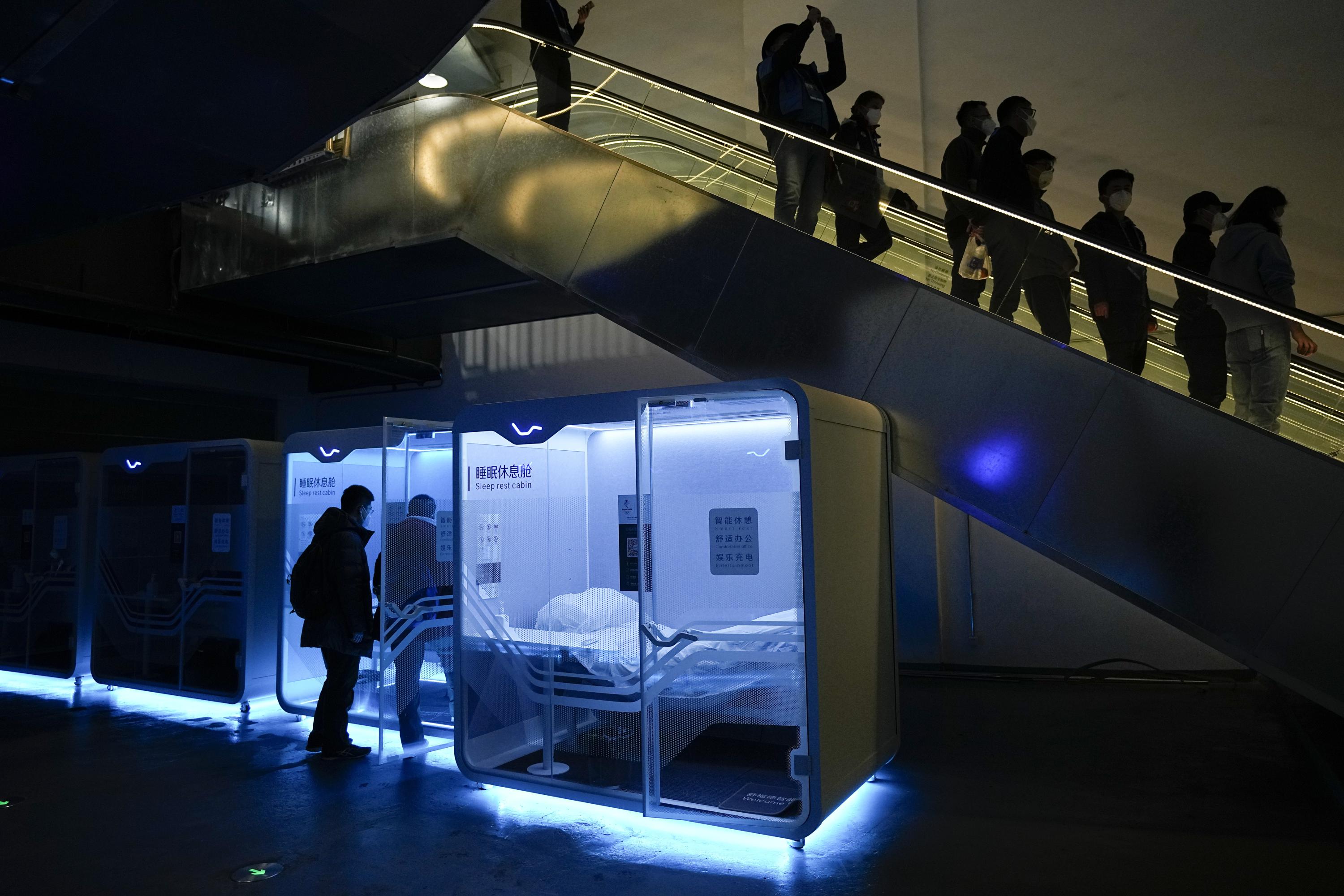 BEIJING (AP) — With really nowhere to go, reporters inside the Beijing Olympics bubble are being encouraged to sleep on the job.

They cannot visit the rooms in the village where the competitors stay, but they can try out the high-tech beds in which the athletes sleep. QR code and contain beds.

The beds can be adjusted by remote control and even have a “zero gravity mode” intended to reduce stress on the body – you don’t quite float, but it’s comfortable enough.

Some reporters nap in the booths, while others looking for a quiet, private place to write bring their computers.

Zhao Yufeng, spokesman for booth maker Keeson Technology Corp., said 30 to 40 people a day have been using them so far.

“We have placed sleeping cabins here for journalists to create an environment for working, resting and relaxing,” she said.

However, not everyone was thrilled to be napping in a transparent box in full view of everyone who passed.

Guido Santevecchi, an Italian journalist, said the capsules reminded him of something you might find in a psychiatric ward.

Given the already heavy mental health toll of living inside the Olympic bubble with major movement restrictions, “I would rather avoid going in there,” he said.