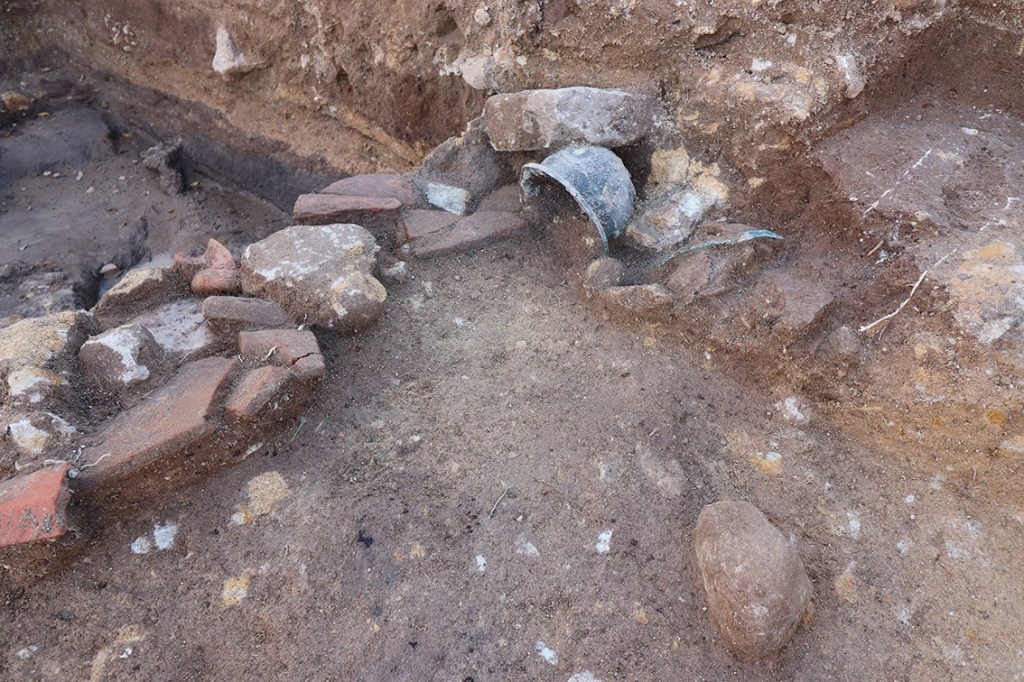 Ancient helmets and temple ruins unearthed from a Greek colony in Italy – ARTnews.com

In a southern Italian town that was once home to a large Greek colony, archaeologists have recently discovered the remains of ancient warrior helmets along with evidence of weapons and a temple structure believed to have been built by settlers who fought their way to extend the reach of ancient Greece, or Magna Graecia, as it was called. The finds date back to the Battle of Alalia, which took place in the 6th century BCE. During this conflict, “a Greek force of Phocaean ships was victorious over the Etruscans and their Carthaginian allies in a naval battle off the coast of Corsica”, according to a report by the Guardian.

Excavations from Velia, in the Campania region of Italy, also included the remains of temple walls and vases inscribed in such a way as to communicate “sacred” to those who saw them.

In a press release, Dario Franceschini, Italy’s culture minister, called the temple “remains of the oldest archaic temple dedicated to Athena on the acropolis of Elea-Velia”, adding “it is important to continue to investing with conviction in archaeological research which continues to restore important pieces of the history of the Mediterranean.

The finds date back to the early years of a city founded around 540 BCE by Focei settlers from Asia Minor. As the Italian Ministry of Culture stated, “Given the important results of the new research, new investigations will be planned… to reconstruct the history of the Greek colony”.