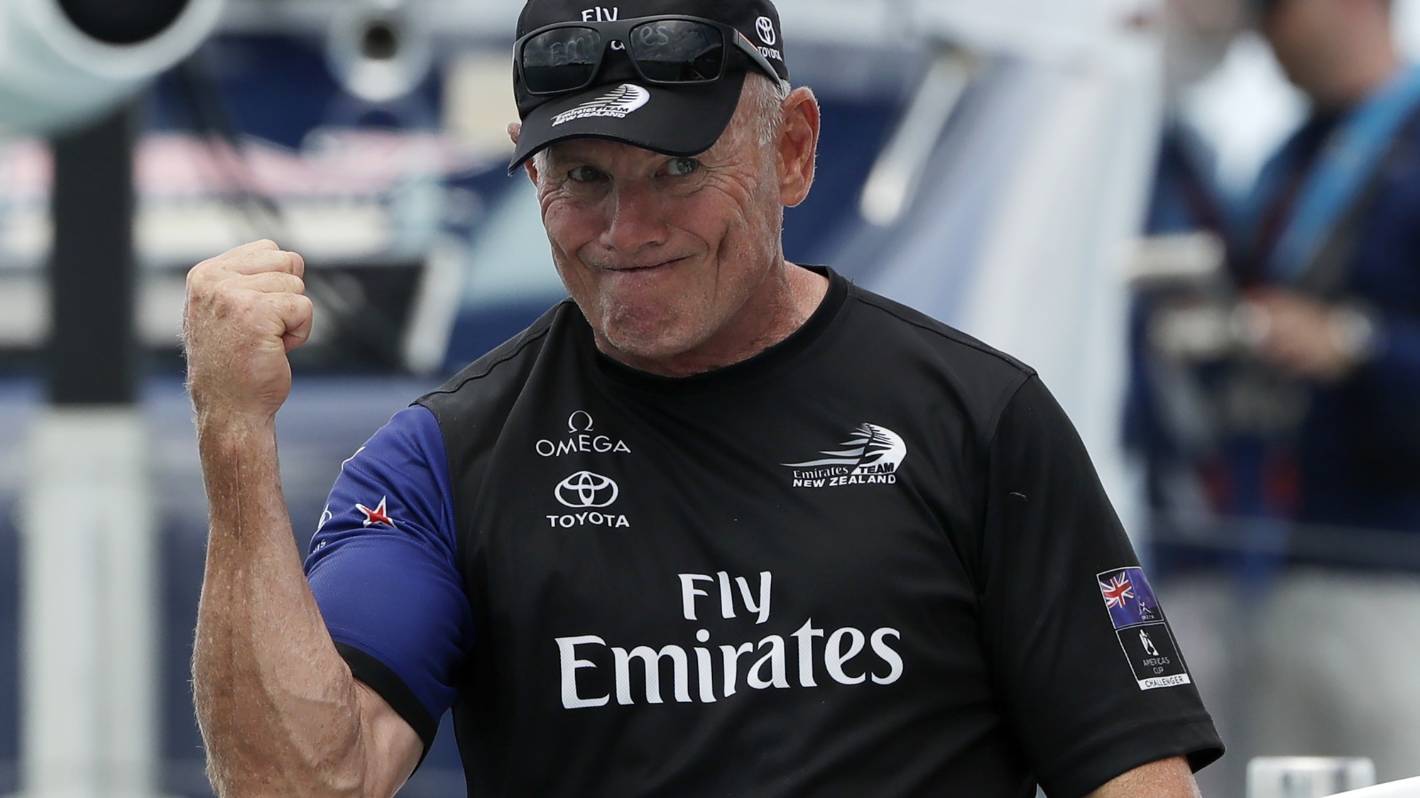 The America’s Cup hosting battle has been compared to a western movie with New Zealand team boss Grant Dalton portrayed as an uncompromising character in the mold of John Wayne and Charles Bronson.

International media even took this to the level with Dalton handed over the role of legendary action character to Sylvester Stallone Rambo after landing on Mark Dunphy, the wealthy Kiwi trying to keep the Cup in Auckland with private funding.

Team New Zealand and their club, the Royal New Zealand Yacht Squadron, ended talks with Dunphy after the Champions Union revealed emails they said were not in the spirit of negotiation, for he refused to reveal who his supporters were.

Dunphy and Dalton have been shooting from the hips over the past two weeks as Team New Zealand’s doubts about the ‘Kiwi Home Defense’ campaign mounted.

French yachting site Sails and Sailboats (Foils and Foilers), which is particularly interested in the ultra-fast look of the current Coupe contested on monohulls with foils, described the scrap of “good old western played by heroes in flesh and blood, with espionage and twisted blows ”.

They set the scene as pressure mounted around the planned September 17 announcement of the successful venue.

“And there, it starts to unravel at every street corner, like in the best of westerns”, we read in their story.

“In the middle of the main street and in full sun, Grant Dalton. With his piercing blue eyes in the shade of his Charles Bronson-style cap, the character is rather a follower of John Wayne’s methods: he takes the punches without flinching, and he redistributes in his stride.

As the claim and counterclaim continued, Sails and Sailboats felt that the film’s script was working towards a brilliant climax as the names of big rivals from the past – Ernesto Bertarelli, Larry Ellison and Patrizio Bertelli – were brought up.

“It was then that the shooting started. Machine gun in hand like Rambo at his peak, Grant Dalton fires without warning and zigzags all his opponents, “they said, explaining that Dalton was” tired of the lamentations of Mark Dunphy who shouted at the press that he only wants the good from New Zealand and its favorite team “.

They went on to describe the dynamite email to the New York Yacht Club that Team New Zealand showed Dunphy had copied as “one of the most beautiful twisted moves in the long history of the America’s Cup.”

The Down Under fights were also not lost on Italian media. La Stampa headlined their cover: “America’s Cup Becomes Incredible Spy Story” as they covered the searing story of “Compromising Emails.”

“The Americas’ Cup is mostly played on the pitch and Grant Dalton, CEO of Team New Zealand, knows it well. That’s why he has a counter-espionage group ”, La Stampa reported.