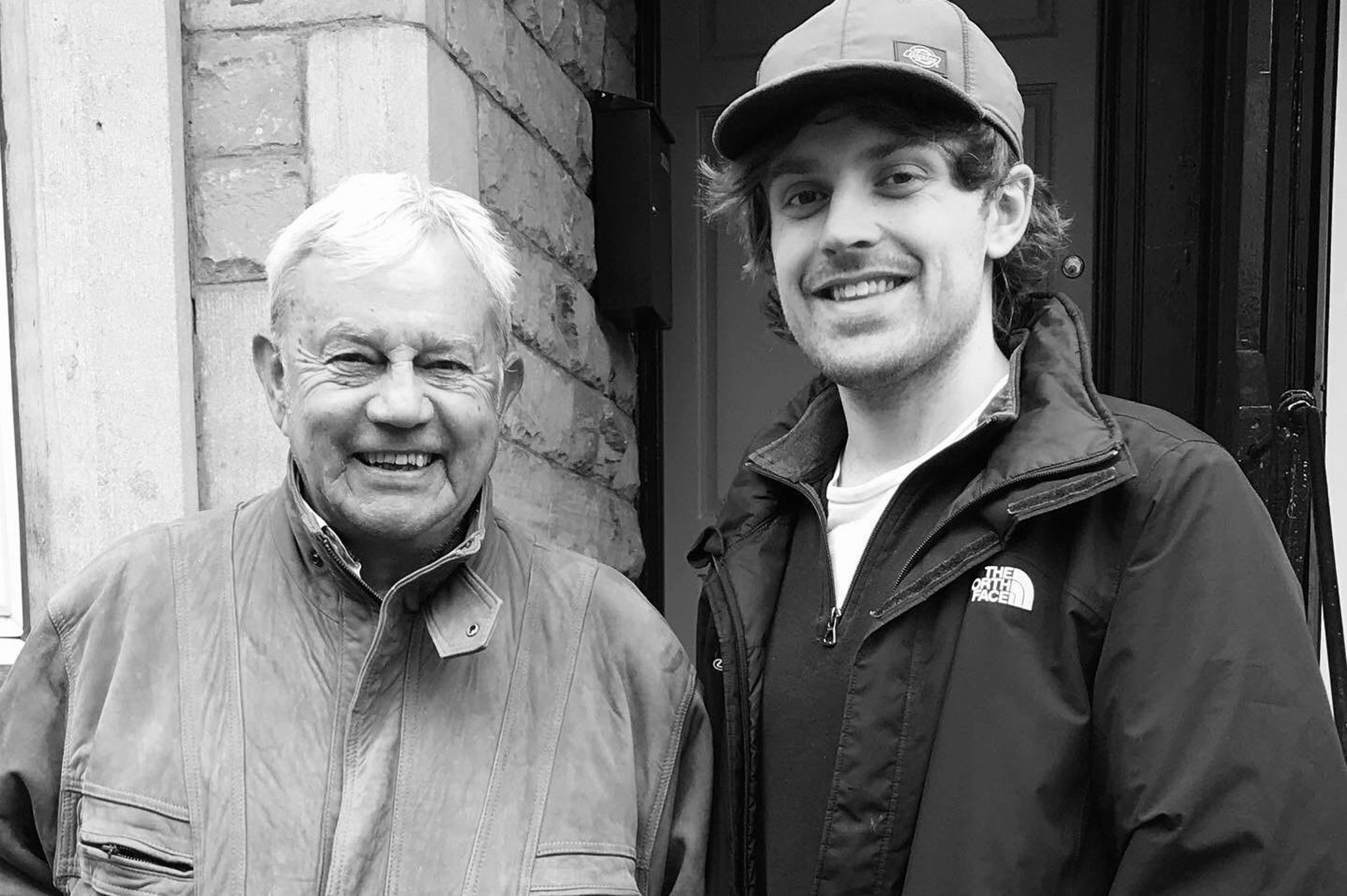 Lewis Robinson, whose first short film was nominated for a major award in 2018, was delighted to welcome Frazer Hines to the cast as the small team polished the final scenes for Orchid Moon in Harrogate.

Alumnus of Ashville College, Lewis said: “Filming has been a success over the past four days.

“I’m a huge Doctor Who fan, and having Frazer appear in the film was a dream come true.

“Frazer played Patrick Troughton’s companion, Jamie McCrimmon, for 117 episodes in some of Doctor Who’s greatest stories, including The Web of Fear and The Invasion, both directed by Douglas Camfield, who is one of the influences and one of the best directors of Doctor Who.”

Besides Frazer’s key roles in the classic sci-fi series Dr Who and the TV soap Emmerdale where he played Joe Sugden, the 77-year-old actor also appeared in one of Charlie Chaplin’s last films, A King at New York (1957) at the age of 13.

Since graduating from MetFilm School at Ealing Studios in London, Lewis has won a string of awards for his socially responsible short films.

As well as being praised for the screenplay of the first Forgotton short at the Gold Movie Awards in early 2018, Lewis Robinson also saw his short film Addiction win the People’s Choice Award at the Harrogate Film Festival in 2020.

Now that filming is complete, next follows the editing process before Lewis’ thoughts turn to a possible distribution deal for his new movie.

Among the Harrogate locations used in the final moments of filming for Orchid Moon were the Old Bell Tavern pub, the Italian Connection cafe and Follifoot Ridge.