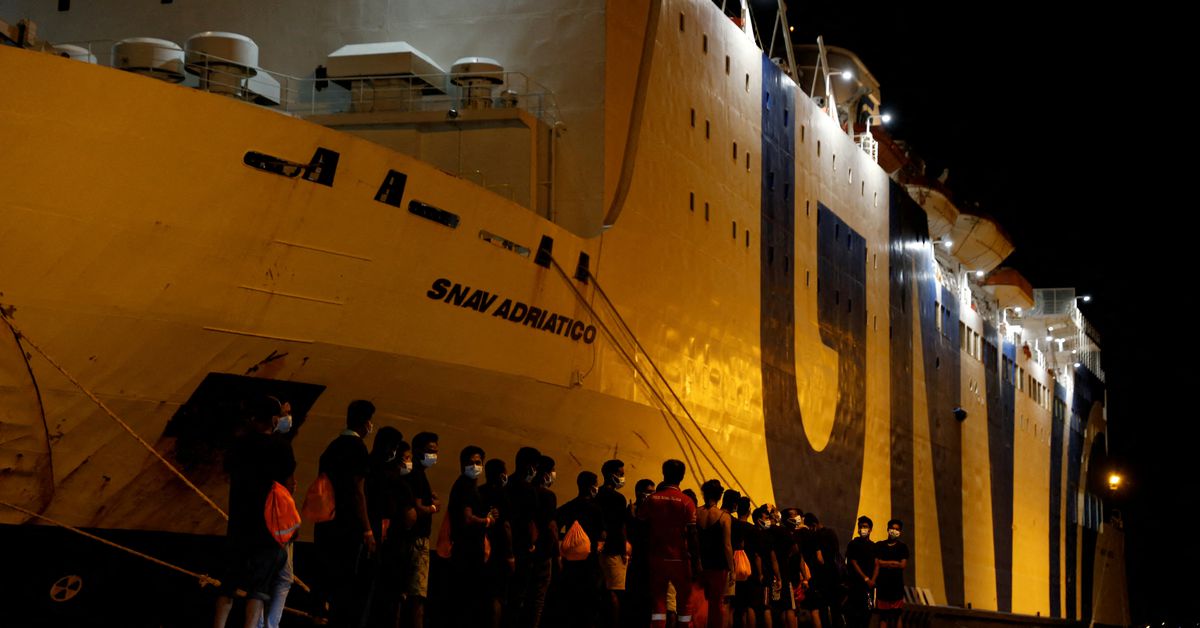 A charity boat with 440 migrants docked in Italy

CATANIA, Italy, Dec 31 (Reuters) – The German charity ship Sea Watch 3, carrying hundreds of migrants rescued at sea, will dock in the Italian port of Pozzallo, Sicily, the charity group that operates it wrote on Twitter on Friday. .

The ship had been looking for a port to disembark for a week, since rescuing migrants from the Mediterranean.

“The 440 people on board will finally be able to disembark,” said Sea Watch.

Those on board, mostly from Africa, were rescued late last week in five separate operations. They include around 200 minors, mostly unaccompanied, a Sea Watch spokesperson said.

On Tuesday, Italy allowed more than 550 people aboard another charity boat to disembark in the Sicilian port of Augusta. Read more